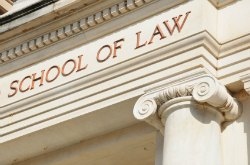 A new survey conducted by the American Bar Association has found that many law schools have changed their course offerings as a result of the dismal job market for new lawyers.

The study, "A Survey of Law School Curricula: 2002-2010," found that law schools are offering more practical skills courses, such as clinics, simulations and externships, in an effort to produce lawyers that are ready to practice immediately after graduating. Over three-quarters of the institutions surveyed said that they have modified their curricula in response to the changing legal job market.

"The survey responses reveal a renewed commitment by law schools to review and revise their curricula to produce practice-ready professionals," noted Hulett "Bucky" Askew, a consultant on legal education for the ABA who was quoted by Law.com. "The report illuminates the extent to which faculties and administrators have responded to the evolving needs of their students and to changes in the legal services industry."

Catherine Carpenter, a professor at Southwestern Law School in Los Angeles and chair of the ABA curriculum committee that produced the report, said in an ABA press release that law schools have altered their curricula because of several factors. These include the changing legal job market, the economic downturn, increased competition among law schools, and media scrutiny of legal education.

She said that "wholesale curricular review has produced experimentation and change at all levels of the curriculum, resulting in new programs and courses, new and enhanced experiential learning, and greater emphasis on various kinds of writing across the curriculum."

Among the findings of the survey were that 87 percent of law schools now offer joint degrees, with JD/MBA being the most popular. The JD/MSW, meanwhile, experienced the most growth. In addition, an increasing number of law schools offered post-JD and non-JD degree programs in 2010.

An article published in May by Inside Higher Ed reported on even more drastic changes in some law schools: This fall, the University of California Hastings College of the Law will be admitting 20 percent fewer students than in years past.

He added that law schools "can't behave as if we live in this universe where we don't respond to the same market. Every law school is facing this. There's no law school that's in a market unto itself."