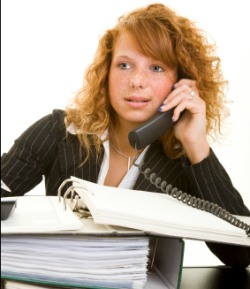 On the heels of a federal judge's ruling last week that two unpaid interns for Fox Searchlight Pictures should have received compensation for their work, experts predict a spate of lawsuits concerning unpaid internships, according to Forbes. A federal court in New York determined Fox violated federal minimum wage and overtime laws in 2010 by not paying interns Eric Glatt and Alexander Footman for their work on production of the movie "Black Swan." Since the Fox lawsuit, other interns have sued their internship firms as well, citing similar wage claims.

"All these employers who think if they slap the title intern on the job description, suddenly they don't have to pay for it," Eric Glatt told NPR. "Businesses are not running free schools on their work sites. What they're doing is getting people to do work that their businesses need done."

Glatt worked for Fox as an unpaid accounting clerk, which included tasks like managing petty cash, filing paperwork, handling checks, getting lunch and taking out trash. While the U.S Department of Labor has guidelines for when internships can be unpaid, courts have interpreted these guideilnes to mean that all unpaid internships must involve an educational benefit beyond school credit or work experience. Other courts have indicated that an unpaid internship should provide more to the student than to the company, notes NPR.

In terms of positive repercussions, interns likely now will get paid, Northeastern University law professor Roger Abrams told NPR. But many companies may decide internships are not worth the expense and eliminate them altogether, potentially hurting young people's ability to get into companies at the entry level.

In reponse to the ruling, other interns are stepping up and taking action. On Thursday, just two days after Glatt and Footman's success, Lauren Ballinger, a former intern at W Magazine in 2009, and Matthew Leib, who interned at The New Yorker in 2009 and 2010, filed a class action suit against Condé Nast, Reuters noted. Legal experts predict additional suits challenging companies for paying little or nothing to their interns, and the nationwide effect will likely be significant.

"This trend is probably going to expand beyond media companies and beyond New York," Laura O'Donnell, a lawyer at Haynes & Boone in San Antonio, told Reuters. "I think employers in all industries across the country need to take note."

An annual survey of more than 30,000 interns conducted by the National Association of Colleges and Employers revealed that for the past three years, nearly half of all survey participants said they had worked without pay. Existing and subsequent lawsuits could force companies to re-evaluate their internship practices, both in the industries where unpaid internships are the standard, such as media and entertainment, and among companies that are taking advantage of such a policy to reduce labor costs in the present economy. Already some companies, such as Fox Searchlight and NBC News, have begun to pay their interns, according to Forbes.