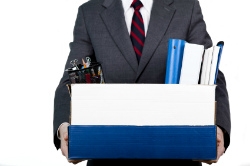 A recent unexpected surge in layoffs has many worried about the health of the U.S. economy.

According to a press release from outplacement consulting firm Challenger, Gray & Christmas, the number of layoffs in the private sector rose to a 16-month high in July. Last month, 66,414 jobs were cut, an increase of 60 percent from June and 59 percent higher than the same time a year ago. The figure marks the largest total since March 2010, when employers eliminated 67,611 jobs.

As CNN Money reported, most of the cuts occurred in pharmaceuticals, computer and retail--all industries that were previously thriving, which raises a red flag for not only economists, but also the 14.1 million Americans out of work.

"What may be most worrisome about the July surge is that the heaviest layoffs occurred in industries that, until now, have enjoyed relatively low job-cut levels..." said John A. Challenger, chief executive officer of the firm, as quoted by CNN Money.

However, The Huffington Post noted that the firm's report highlighted that five companies alone--Merck & Co., Borders, Cisco Systems, Lockheed Martin and Boston Scientific--accounted for more than 50 percent of July's layoffs. Among these five companies 38,100 jobs were cut last month. Furthermore, of the five companies, three reduced their workforces due to company-specific reasons. For example, as CNN Money reported, Borders closed its remaining 399 stores because it was unable to keep up with an increasingly digital industry.

"We were all working hard towards a different outcome, but the headwinds we have been facing for quite some time, including the rapidly changing book industry, eReader revolution, and turbulent economy, have brought us to where we are now," Mike Edwards, president of Borders Group, said in a written statement.

Still, CNN Money noted that the increasing number of layoffs is indeed concerning.

The Huffington Post also highlighted other discouraging data--initial unemployment claims once again topped 400,000, after slight improvement last week; the number of job postings also dropped in June and July; and the number of temporary workers dipped between May and June.