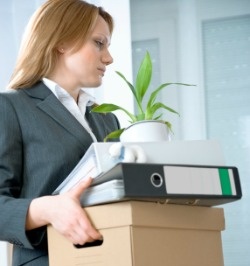 Recent changes in the legal profession have resulted in layoffs of legal secretaries and, in general, a decreased need for these professionals. However, some displaced legal secretaries are landing other secretarial-type positions while some may be seeking new training instead, according to The Wall Street Journal.

"The demand for legal help is just dwindling," said Kim Richardson, a 55-year-old legal secretary who lost her job when New York law firm Dewey & LeBoeuf LLP declared bankruptcy last May. After living off her retirement savings, she now works part-time as a marketing assistant at a retirement community.

Historically, attorneys have relied on these workers to manage their schedules, handle clients and prepare legal documents. Some legal secretaries have spent their entire careers working at only one firm. The legal services sector supported about 187,000 such jobs in 2012, with an annual average salary of $44,590, Bureau of Labor Statistics showed. The salary is considered a solid middle-class wage in an occupation comprised primarily of women, notes The Wall Street Journal. Skilled secretaries in large cities can earn up to $90,000 annually. Depending on pay and previous experience, salaries at large firms often can range from about $40,000 to $70,000.

Layoffs of these workers have been common in recent years and are likely to continue, Above The Law noted. Just last week, the Chicago office of Winston & Strawn let 13 secretaries go, according to Above The Law. As well, Weil, Gotshal & Manges, in New York, announced the last week in June that it was cutting about 60 associates and 110 staffers, including about 60 secretaries, the ABA Journal indicated.

Several large law firms have been offering their legal secretaries buyouts, a trend that started before the economic downturn. Last month, about 29 secretaries at Crowell & Moring accepted such an offer equivalent to six months' pay, reported the ABA Journal.

"I would imagine that the remaining secretaries are going to take on a heavier workload," Lee Glick, a legal secretary who's worked at Weil for 25-plus years and still does, told The Wall Street Journal.

Law firms may be reducing their costs through this approach. Many new attorneys use e-mail and type their own briefs. Technology has also diminished the need for staff to perform tasks like filing and document input. Other companies may be revamping their secretarial model to have fewer secretaries handle greater loads and work for as many as eight attorneys instead of just one or two, notes The Wall Street Journal. In other cases, secretaries may be assigned to pools to more evenly distribute the workload.

Other companies may be outsourcing tasks to specialists. Last year, the Paul Hastings firm moved some data processing functions to a facility in Arizona, a move that helped increase efficiency and resulted in the firm achieving a record 6 percent increase in profits in 2012, according to the firm.