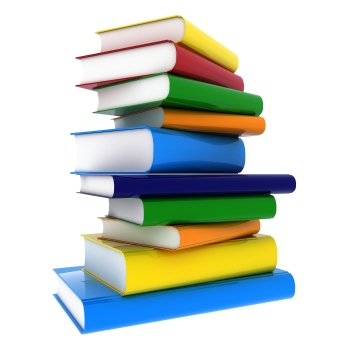 Legislators and booksellers are moving forward with electronic textbooks and textbook rental programs in an effort to reduce expenses for college students.

In California, a new law was passed this week which will require companies that sell textbooks to California colleges and universities to offer electronic versions by 2020. The law, Senate Bill 48, was authored by state Sen. Elaine Alquist, with the goal of significantly reducing textbook costs for students, which can often be as high as $1,000 per year.

James Schwab, a legislative aide to Alquist, told The Chronicle of Higher Education that the new law would also encourage the use of technology in the classroom, thereby giving students better marketable skills. He added that it would help generate more student interest in science, engineering and math.

"Students these days, and kids growing up, will be used to--and even prefer--reading stuff in an electronic format," said Schwab in the Chronicle.

Bruce Hildebrand, executive director of the Association of American Publishers, noted in the Ventura County Star that publishers should have no trouble complying with the law's deadline.

"The transition to e-books is occurring rapidly," he told the Star. "The overwhelming majority of textbooks will be available [electronically] long before this law goes into effect."

Meanwhile, various book companies are increasing book rental programs to help trim textbook costs for students. Rental programs vary, but they typically allow students to rent a new or used textbook for a limited time at a fraction of the retail price.

On Monday, Barnes & Noble announced that it would expand a pilot program that ran in three stores last semester to 25 stores. "We've had a tremendous response from students and faculty to our rental program and as a result have continued to expand it to other colleges and universities across the country," said Max Roberts, president of Barnes & Noble College Booksellers, LLC.

Similarly, Cengage Learning announced plans on Monday to almost double its rentable titles to 2,700 by this summer. And Inside Higher Ed reports that the Follett Higher Education Group recently said it would be expanding its own pilot rental program from seven campus bookstores to 22 this semester.

"The theme right now is upfront savings and putting a magnifying glass on the costs of higher education," explained Follett spokesman Elio Distoala, who was quoted by Inside Higher Ed. "And rental does that."

But some book rental companies are also quietly preparing to eventually switch to digital e-textbooks. Like AAP's Hildebrand, these book company executives believe that digital textbooks are certain to become more popular soon.

"It's going to happen," noted Mehdi Maghsoodnia, CEO of BookRenter.com, who was interviewed by Inside Higher Ed. "It's a question of timing."