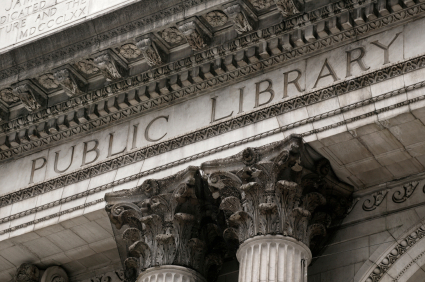 Increased state budget cuts to public libraries throughout the country are causing layoffs of librarians and other library staff who themselves play an important role assisting job-seekers.

"It's the public library where people are turning for help with their resume, for a job certification test or applying or a job online," noted Emily Sheketoff, executive director of the Washington office of the American Library Association, who was quoted in The Washington Post. "Libraries are being inundated by people needing help looking to work."

The Post reports that libraries in Fairfax County, Virginia, will be forced to absorb a 33 percent budget cut over two years if the county executive's proposal is approved for the coming year. As a result, fees have increased and hundreds of employees have lost their jobs. In Loudoun Country, officials are considering closing libraries on Fridays and Sundays, charging 10 cents a day for overdue books and eliminating 25 positions. In Prince William County, two branches may close and 14 workers may lose their jobs.

Other areas throughout the country are facing similar challenges. The Boston Globe reports that the Boston Public Library is considering closing up to 10 of its branches and laying off one-quarter of its staff. Library officials said they must contemplate such drastic measures because of a $3.6 million shortfall next year due to anticipated state budget cuts and a reduction in funding from the city.

Sadly, the cutbacks are occurring at precisely the time when more people have come to rely on valuable library resources and services, such as free books, movies, programs and Internet use. Job seekers in particular have been flocking to libraries for help with job searches, writing resumes, gathering information about careers and applying for unemployment benefits.

As in other parts of the country, Omaha libraries were forced to cut hours, staff and services part of last year. But some of the cuts were eventually restored because library users raised more than $300,000.