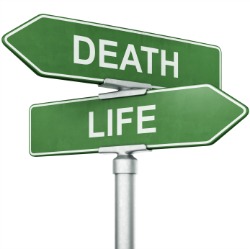 Looking for another reason to pursue an advanced education? The potential for longer life expectancy could be an item to add to your list.

According to a study published by Health Affairs, those with more education appear to have longer life spans while those with less education have shorter life spans. However, there's more to it than that: race also plays a role. And as reported by The New York Times, white women who have not graduated from high school saw the steepest decline in life expectancy.

The study indicates that white women without a high school diploma saw their life expectancy decline by five years between 1990 to 2008. This demographic had a life expectancy of about 78 years in 1990 while in 2008 that fell to 73 years, reported The Huffington Post.

"We're used to looking at groups and complaining that their mortality rates haven't improved fast enough, but to actually go backward is deeply troubling," said John G. Haaga, head of the Population and Social Processes Branch of the National Institute on Aging, in The New York Times.

"It's as if Americans with the least education are living in a time warp," S. Jay Olshansky, UIC lead author on the study, said in UIC SPH News.

"There's this enormous issue of why," David Cutler, an economics professor at Harvard and author of a 2008 paper on life expectancies, told The New York Times. "It's very puzzling and we don't have a great explanation."

Potential reasons behind the drop in life expectancies for less educated white women include adoption of risky behaviors such as alcohol and drug use or smoking. Overdoses of prescription drugs among young white adults could also factor in, The Huffington Post points out.

On the other hand, life expectancies of the educated are growing: that of white women with a college degree increased by more than three years from 1990 to 2008, according to The Huffington Post, meaning that they can expect to live 10 years longer than female high school dropouts. The authors of the UIC study suggest that one of the ways to address the differences in life expectancy is through lifelong education.