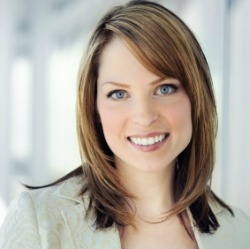 If successful women like Facebook's Sheryl Sandberg and Yahoo's Marissa Mayer have taught us anything, it is that women today can achieve more in the workforce than most previous generations ever hoped to. New research from career networking site LinkedIn provides a glimpse into how women globally define career success -- and whether they believe they have achieved it.

According to Forbes, the new survey entitled "What Women Want @ Work" suggests that by and large, women feel as though they are succeeding in the workplace. Overall, 77 percent of respondents from across the globe said they consider their careers to be successful so far. The trend is perhaps most notable in India, where 69 percent of women said they are successful, which is a significant increase over previous years. Italy falls on the other end of the spectrum, with only 7 percent of Italian women saying they have succeeded in the workplace.

How women define this success varies, of course. As TechZone360 reports, LinkedIn's research highlights how this definition has changed over time. For instance, 5 to 10 years ago, most women (56 percent) said success at work meant earning a high salary. Today, 63 percent of respondents said they define success as achieving an ideal balance between their careers and personal lives. Most of them seem to think this ambition is a reality, too: 57 percent of respondents said they think it is possible to have children and lead successful careers.

The LinkedIn survey also identified challenges that respondents believe impact their career. Globally, the top three include no clear career path (51 percent), no investment in professional development (47 percent), and pay inequity (44 percent). Geography played a role in this area, however. For example, women in Germany and Spain are more likely than those in other countries to cite the metaphorical glass ceiling as a major career challenge, while women in India are more likely to cite sexism in the workplace.

As for the future of women, professionally speaking, 80 percent of respondents said that a flexible work environment is the most important factor in determining success for the next generation of women workers. A greater representation of women at senior levels was the second most-cited factor, with 70 percent of participants saying it is key. Another recent study suggests that last point may be a growing reality, at least within the United States. According to Forbes, AmEx Open Exchange's "2013 State of Women-Owned Business Report" suggests that the number of women-owned businesses over the past 16 years has grown a full 1.5 times faster than the national average for all new businesses. There were an estimated 8.6 million such businesses in 2013, accounting for nearly $1.3 trillion in revenues and 7.8 million jobs, many of which were held by women.