LinkedIn Survey Says Volunteering Can Help You Get Hired 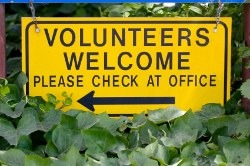 A new survey from LinkedIn has found that one does not necessarily need to be paid for work in order for it to be considered job experience.

"There's a misconception that volunteer work doesn't qualify as 'real' work experience," noted Nicole Williams, connection director of LinkedIn, who was quoted by FINS. "When you have a competitive labor market, and a hiring manager has 10 to 15 equally qualified applicants, volunteering can be the thing that ends up differentiating you and getting you over the line."

"A lot of people said, 'I don't want to appear to be bragging, I see volunteering as something that I do on a very personal level and I don't expect to be rewarded for it on a professional level,'" said Williams, who was interviewed by Mashable. "There are a lot of people that keep it private because they do it for themselves, and I respect that, but at the same time, I think there's something to be proud of with your commitment to causes."

Consequently, LinkedIn has added a space for members to include volunteer work on their profiles, called "Volunteer Experience and Causes." The section will allow users to showcase their unpaid work experience.

"Your volunteer experience counts," stressed Williams, who was quoted by Forbes, "and if you don't include it in your profile, on your resume, and as a discussion point during an interview or when you're negotiating for a promotion, you're not getting the credit you deserve."

Stephen Udden, who is currently searching for work in the Boston area, knows the value of volunteering. FINS reported that since he was laid off from his telecommunications job two years ago, he has volunteered at his church, his town government, a parent-teacher organization and a non-profit agency.

"Volunteering has kept me in work mode," he told fins.com. "They have been some of the most enriching, fulfilling, exciting and sometimes most intense experiences of my life, and I wouldn't change them for a minute."

In fact, he said that volunteering has helped him realize that he does not want to make telecommunications his career. "One thing volunteering has given me in my job search," he told FINS, "is a strong outlook on a new path I never dreamed I'd be looking at."