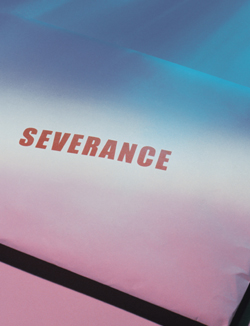 Defense contractors managed to escape the worst of the recession due to an ongoing need for equipment in Iraq and Afghanistan, but according to The Washington Post, that's all changed in the wake of Defense Secretary Robert M. Gates' request that the Defense Department and its contractors become more cost-conscious and efficient.

Lockheed Martin, the world's largest military company, responded to the Pentagon's tightened spending by offering its executives financial incentives for leaving. The company expected around 200 executives to accept the offer, but The New York Times reports that 600 executives requested the generous buyout. Most of the 600 who accepted the offer are around retirement age.

The Hill adds that those 600 make up 25% of the total number of executives at the company, but they're only a fraction of the 10,000 jobs Lockheed Martin has cut within their U.S. operations since 2009. Lockheed Martin has announced lay-offs, business reorganizations and reduced international trade-show participation in order to stay in line with the Pentagon, its biggest customer. The company also plans to divest itself of two business units.

As Bloomberg explains, Gates hopes to cut $60 billion over the next five years from weapons and military-service purchases. Lockheed Martin certainly isn't the only U.S. defense contractor affected by this plan. Boeing stated it, too, would eliminate 10% of the managerial jobs in its military aircraft unit, part of an even larger plan to cut 400 jobs within the defense division. Even though the Lockheed Martin stock dropped 8.6% this year and Boeing's stock gained 19%, Boeing still feels the need to cut costs further to keep up with Defense Department budget cuts. The Hill reports that Boeing plans to make additional reductions at all levels of the company in the coming months, not just among the executives.

A defense analyst with the Center for Strategic and Budgetary Assessments, Todd Harrison, told The Washington Post, "I think that we're really at the beginning of this. [Contractors] are trying to get ahead of the curve in the sense that they're going to get leaner and more efficient." Reports of BAE Systems reducing ten lines of business into five sectors while ITT Defense and Information Solutions consolidated seven units into three as they cut 1,000 jobs seems to prove Harrison's point. The New York Times adds that Northrop Grumman may also spin off its $6 billion shipbuilding business as it closes troubled shipyards.

Pentagon officials have declared that their belt-tightening would not necessarily cause lay-offs, but top executives in the defense industry disagree. They feel it won't be possible to meet Gates' goals without closing plants and eliminating jobs. As Lockheed consultant Loren B. Thompson says, "[The buyouts and layoffs] are a sure sign that things are deteriorating for the industry." But certain adjustments may turn things around, as many companies try to add jobs in growing areas, such as computer security, to help keep their profit margins stable no matter how much Pentagon sales decline.