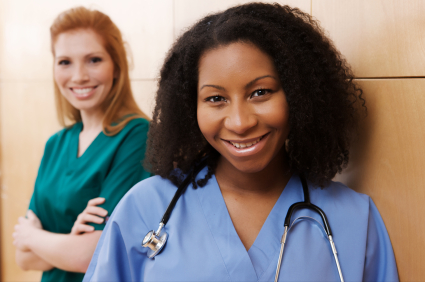 The recession has undoubtedly lessened opportunities for new nurses, but experts expect demand to rebound with the economy.

The Buffalo News in New York reports that recent nursing school graduates are having a tough time finding jobs. According to Pamela Frable, director of nursing at Texas Christian University's Harris College of Nursing and Health Sciences, today's graduates face a much bleaker employment picture than three years ago, when every graduate averaged three job offers.

Bob Livonius, chief executive officer of Medfinders, was quoted as saying in the Buffalo News that the recession has caused many retired nurses to return to work, and convinced employed nurses to remain in their jobs. Furthermore, the recession also prompted many patients to postpone elective surgeries.

"All those factors led to a temporary Band-Aid for the nursing shortage," he was quoted as saying in the Buffalo News.

But the Naples News in Florida reports that demand for nurses will rebound as soon as the economy recovers. "The economic recession is kind of a blip but we have to stay focused on the long-term prize," noted Jennifer Nooney, associate director of research for the Florida Center for Nursing.

Although vacancies for registered nurses and licensed practical nurses dropped considerably in Florida from June 2007 to June 2009, experts expect the nursing shortage to return.

"I think it's really going to be short-lived," said Mike Polito, who works with workforce development and planning for the Lee Memorial Health System and was interviewed by the Naples News. "There needs to be something on the government side to help with the nursing shortage because it's long-term; a 10-year projection is a million nurse shortage by 2020 nationwide. That hasn't changed."

A recent survey conducted by AMN Healthcare seems to support his prediction. HealthLeaders Media reports that in its 2010 Survey of Registered Nurses, 44 percent of 1,399 nurses polled said they planned to make a career change over the next three years. In addition, 29 percent said they planned to work part time, retire, or switch to non-nursing jobs within the next three years. Nearly half of the respondents were nurses between ages 40-49, with 59 percent currently holding permanent positions.