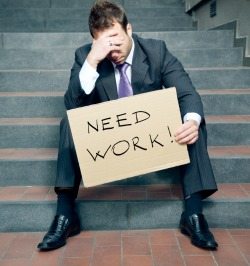 A recent survey from the jobs website CareerBuilder provides insight into the lives of those who have gone a year or more without work. According to United Press International, the results paint a picture of the hardships these struggling Americans face -- like the fact that a quarter of them have had trouble feeding themselves and their families. A quarter also indicated that their close relationships suffered as a result of their unemployment, and one in 10 said they had lost a home or apartment because they were not able to pay their rent or mortgages.

It has long been understood that the longer you are unemployed, the more difficult it is to find a job. The survey backs up this notion, often called the "pink slip stigma." According to the results, 63 percent of participants have found that the longer they are unemployed, the less responsive employers become. Though nearly a third have not had a single job interview, three out of 10 have had five interviews or more ,and 14 percent have had 10 interviews or more.

So what should you do if you find yourself among the ranks of the long-term unemployed? George A. Boyd -- an author and former counselor who once battled 15 months of unemployment -- recommends taking steps to protect your credit.

Limiting credit chaos can help ease the impact of long-term unemployment, but what about finding another job? The key to finding work, suggests Boyd, is flexibility.

"Be willing to expand your concept of what you are able to do. You may be able to find employment in a field related to what you were doing before, said Boyd, who noted he was once a drug counselor before unemployment lead him to modify his career path. "I was able to reframe this perspective to see myself as a counselor first, which could then be applied to other areas of counseling.

"If you're not on LinkedIn, build your profile full of accomplishments, industry strengths, recommendations, join groups and connect, connect, connect!" said Goodfellow. "Reach out to your connections -- previous colleagues, church members, charities, gyms, during your children's Little League games. Let people know how they can help."

Above all, suggests Goodfellow, take care of yourself -- especially in moments of defeat.

"Recognize this as part of the process and consider ways to combat it such as carving out some time for fun or relaxation each and every day."