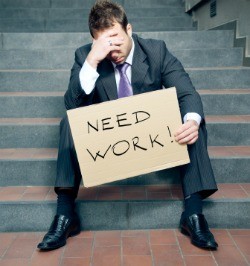 As the ranks of long-term unemployed swell, concern has grown about employers discriminating against job candidates who have been unemployed for a long time.

"There are a lot of unfortunate misconceptions about the long-term unemployed," acknowledged Mason Jackson, president and CEO of WorkForce One, an employment agency in Broward County, Fla., who was interviewed on FOX Business. Jackson explained that many employers unfairly think of the long-term unemployed as lazy or unskilled. Some companies are even filtering their job applicants by only considering those who currently have jobs.

The problem is becoming more widespread with the growth in the number of long-term unemployed--those without work for longer than 27 weeks. According to the Labor Department, 14 million people are currently unemployed, and about 43 percent--six million people--have been out of work for at least 27 weeks. Almost 4.5 million of that group have been unemployed for a year or more.

To address this issue, President Obama's jobs bill includes a proposal that would prohibit employers from discriminating against job applicants because they are unemployed. It would allow job applicants to sue and recover damages if a business with 15 or more employees refused to hire a person because he or she was unemployed.

The Chicago Tribune reported that a Chicago alderman is pushing for similar legislation. "If you've been out of work for on average 27 weeks or more, and now employers are saying they are only going to look at people who are employed, you are creating a permanent class of unemployable people, and that's unacceptable," said Ald. Ameya Pawar, 47th, who was quoted by the Tribune.

Pawar wishes to amend the city's Human Rights Ordinance by adding "credit history" and "gap in employment history" to categories such as race, color, sex, age, religion, disability and sexual orientation. Employers are prohibited from discriminating on the basis of any of these categories.

But others have criticized such proposals, saying that such discrimination is uncommon and employers would face an onslaught of lawsuits as a result. Texas Rep. Louie Gohmert, a Republican, told The New York Times that Obama's proposal would result in creating a new "protected class"--the unemployed. Many Americans, he said, would file claims that they faced discrimination because they were unemployed.

Rep. Rosa DeLauro, a Connecticut Democrat who introduced a bill to crack down on unemployment discrimination, feels otherwise.

"In a tough job market, where workers are competing against tens and sometimes hundreds of people for every available job opening, it is unjust for employers to discriminate against those who are unemployed," she was quoted as saying by the Times.