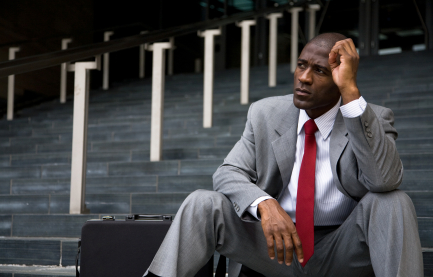 A significant number of American workers has been unemployed for more than a year, and the effects of such long-term joblessness are becoming more apparent.

The San Francisco Chronicle reports that according to an analysis by the Pew Economic Policy Group, nearly 23 percent jobless Americans--about 3.4 million people--have been out of work for more than a year. The figure marks the highest percentage of long-term unemployment since the records were started following World War II.

"The number of Americans who have been out of work for a year or longer is roughly equal to the population of Connecticut," said Ingrid Schroeder, a Pew researcher, in a statement.

The report noted that people ages 55 and up make up a small number of the unemployed, but they account for the highest rate of long-term joblessness out of any age group: Nearly 30 percent of older workers who lost their jobs remained unemployed for a year or longer.

In addition, the report indicated that those with post-secondary degrees were less likely to be unemployed. Nevertheless, over a fifth of unemployed workers with a bachelor's degree have been without jobs for a year or longer.

Ben S. Bernanke, the Federal Reserve chairman, noted this week that long-term unemployment has become one of his major concerns. In a speech before the Dallas Regional Chamber, he mentioned an even higher statistic than the Pew researchers, noting that more than 40 percent of the unemployed have been out of work for at least six months.

"I am particularly concerned about that statistic," he was quoted as saying in The New York Times, "because long spells of unemployment erode skills and lower the longer-term income and employment prospects of these workers."

Indeed, The Wall Street Journal reports that a long period of unemployment can even negatively affect those who are eventually rehired. Workers who found employment after months of joblessness experienced fear about repeating job mistakes, damaged self-esteem, difficulty with concentration and insomnia.

"All those things are detrimental to performance on the new job," noted John P. Wilson, a psychology professor at Cleveland State University who was quoted in the Journal. "Stress-related symptoms from being unemployed will carry over into the new job for a significant number of people."

Pamela Mitchell, chief executive of the career-coaching firm Reinvention Institute in Miami, noted that she has seen such symptoms in clients who found work after a long bout of joblessness. "Their faith in themselves has been shaken," she told the Journal .