Lookism is Alive and Well in the American Workplace 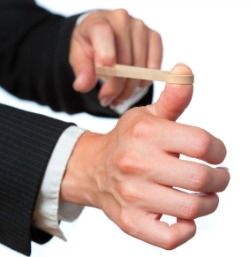 If popular culture -- and, perhaps, our own experiences -- have taught us anything, it is that high school may seem like a cruel social experiment in which the attractive kids are treated better than those deemed less-so. One might expect things to improve in the workforce when everyone has "outgrown" these behaviors. Then again, maybe not, suggests new research published in Human Performance.

According to The Washington Post, professors from Michigan State University and the University of Notre Dame queried 114 workers in a U.S. health care facility, asking them how often they received "counterproductive" work behavior. The results suggest that people who are considered unattractive are more likely to be mistreated in the workplace than those who are deemed good-looking.

"Although we like to think we're professional and mature in the workplace, it can be just like high school in many ways," MSU associate professor and lead study author Brent Scott told PsychCentral. This trend remained even when accounting for other key factors, like age, gender and workplace tenure. While research has linked attractiveness to popularity at school, this is the first study linking looks to cruelty in the workplace.

The Washington Post notes that in addition to being subjected to rudeness, disparaging comments and ridicule, workers considered to be unattractive may also have more difficulty rising through the corporate ranks. Scott said these factors often lead to the feeling of being left out or job dissatisfaction that could even drive individuals to leave the company. "I'm not suggesting that it all begins with bullying from coworkers, but that bullying certainly doesn't help matters when it comes to career success," Scott said in an email to the Post.

Less attractive workers are not the only group subjected to this kind of treatment, notes the study: workers seen as disagreeable are also often treated more harshly than their co-workers. Conversely, those who are seen as friendly may find a more hospitable work environment. "Our findings revealed that both personality and appearance matter," Scott told PsychCentral.

Scott told The Washington Post that managers "should be aware not only of the harm that might be done to unattractive people, but also the extra help that might be done to attractive people." The study urges managers to identify and monitor susceptible employees to help prevent them from becoming victims. If those efforts fail, managers should offer social support and counseling.

The Washington Post reports that there is a good amount of research linking other physical features to treatment in the workplace, too. Taller workers tend to have better job prospects, for instance, while those who are bald are often seen as better leaders. Women who wear makeup may also be perceived as more competent than those who do not.

"Can't Get Ahead at Work? Unattractive Workers Suffer in the Workplace," psychcentral.com, June 20, 2013, Rick Nauert, PhD.

"It's true. The office IS just like high school." washingtonpost.com, June 21, 2013, Jena McGregor