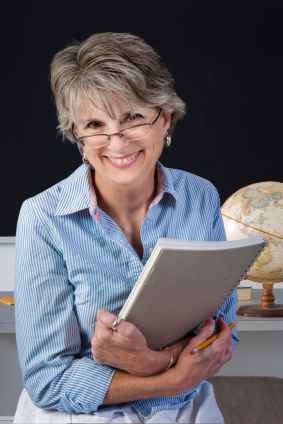 With many more teacher layoffs expected throughout the country, government officials and parents are challenging teacher seniority rules which require the most recent hires to lose their jobs first.

The Wall Street Journal reports that the policy raises the ire of many because it is unfair to effective and talented teachers who have been recently hired. Joel Klein, chancellor of New York City's school system, who has requested that the state legislature ban the sole use of seniority in layoff decisions, pointed out that since newer teachers earn less than veterans, more educators will lose their jobs.

But union officials argue that seniority rules protect experienced teachers from managers who may not get along with them. Michael Mulgrew, president of the United Federation of Teachers, told the Journal that Klein "is really trying to say. . .'I would like to churn the work force by keeping cheaper teacher on the payroll.' If we can do our work in a constructive and collaborative way, we can avoid the layoffs. That's where we should be focusing our energy."

Indeed, many states clearly value veteran teachers. The Palm Beach Post in Florida reports that some retired teachers have returned to work with a starting salary of about $70,000, compared to new teachers, who earn about $37,000.

"In a perfect world, we could shop around for the least expensive teacher," noted school district spokesman Nat Harrington in the Palm Beach Post. "We are in a high stakes environment with FCAT and No Child Left Behind. There is no way a new employee can match the skills of an experienced teacher. It's a slam dunk. We want the most experienced teacher."

But others are not so sure. Venus Velazquez, a parent in Seattle who was quoted in the Journal, noted that last year parents started asking, "Why is my great teacher being laid off while this teacher, who everybody knows is not a good teacher, doesn't get laid off?" Velazquez is joining with dozens of others to remove seniority protection from the next teacher contract.

In California, meanwhile, Gov. Arnold Schwarzenegger has proposed that seniority no longer be the only consideration in employment decisions. The Agoura Hills Acorn reports that Superintendant Donald Zimring of the Las Virgenes Unified School District warned that if the proposal is adopted, every contract would be up for negotiation, and school districts will be forced to reduce employment costs by contracting for services.

But seniority policies for teachers are likely to be questioned even further as more states compete for President Obama's "Race to the Top" competition, which replaces seniority with merit-based teacher evaluations. In a nod to the trend, The Washington Post reports that Gov. Martin O'Malley of Maryland has proposed extending the probationary period for teachers from two to three years in order to qualify for tenure.