Mancession Over? Men Rebound Faster Than Women In Economic Recovery 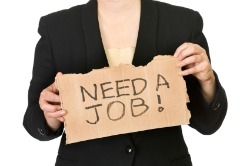 The Great Recession, famously dubbed the "mancession" because it disproportionately hurt men more than women, has now taken an unheard of turnabout.

The Pew Research Center analyzed Bureau of Labor Statistics data from December 2007 to June 2009 as well as from June 2009 to May 2011, the first two years of recovery. According to a report released by the research center, the first two years of economic recovery has favored men more than women, which is a deviation from historical recovery patterns. Between December 2007 and June 2009, the official duration of the recession, men accounted for 71 percent (5.4 million) of the 7.5 million jobs lost, while women accounted for 2.1 million jobs lost. As USA Today reported male-dominated sectors, such as manufacturing and construction, were hardest hit and laid off some 4 million workers. However, noted the report, from June 2009 through May 2011, men lowered their unemployment rate by 1.1 percentage points and gained 768,000 jobs, while women increased their unemployment rate by 0.2 percentage points and lost 218,000 jobs.

Men have surpassed women in regaining jobs in 15 of 16 major sectors. As USA Today reported, retailers have added 159,000 men, but shed 165,000 women. Men have also regained their footing in manufacturing, gaining 86,000 jobs while women lost 120,000. And in the broad category of professional and business services, men added 502,000 jobs--a significant gain, particularly when compared to the 214,000 jobs that women added in the sector.

Labor economist at the University of Kansas Donna Ginther also noted that some lower-skilled jobs, such as administrative assistants, were permanently eliminated during the recession, which has disproportionately hurt women during the recovery. State and local governments, which employ more women than men, have also continued to cut jobs to cope with budget shortfalls.

While researchers did not conclude why men are doing better than women, The Washington Post speculated that it is perhaps due to the fact that men have been more willing or able to take low wages or employment in industries that are considered non-traditional for men. For instance, before the recession, men held roughly 23 percent of jobs in health care and education. After the recession, however, men accounted for 39 percent of jobs in these fields.

At Joliet Junior College in Illinois, dean of nursing, allied health and emergency services Cecile Regner told The Washington Post that the school has recently seen an increase in male students. Most of these male students are older men who have come from construction or manufacturing or from the military.

Men are hardly in the clear, though. The unemployment rate for men is a full percentage point higher than the rate for women and in May they accounted for 56 percent of unemployed Americans.

Rakesh Kochhar, who led the Pew study, pointed out that things may still change.

"We're still in rough waters... The story is still being written, and we don't know where we'll end up," he said.