Many College Grads Have Too Much Debt 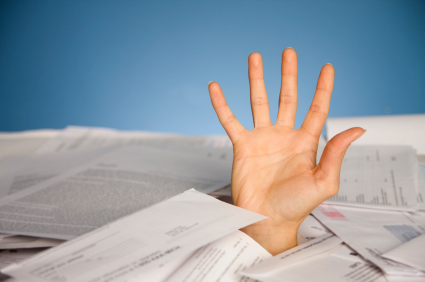 A report released yesterday indicates that many students are completing their post-secondary degrees with what may very well be unmanageable debt.

The study, "Who Borrows Most? Bachelor's Degree Recipients with High Levels of Student Debt," was conducted by the College Board and was based on government data about student aid for students who received bachelor's degrees in 2008. The report focuses on the 17 percent of bachelor degree recipients who graduated with debt of $30,500 or higher. On the average, students in the group had debt of $45,700.

"Too many students are borrowing more than they are likely to be able to manage," wrote Sandy Baum and Patricia Steele, who authored the study.

The type of institution that students attended was clearly an important factor with regards to debt: Those who attended for-profit institutions were the most likely to be heavily in debt, with 53 percent graduating with at least $30,500 in student loans. Just 12 percent of students who attended public institutions and 24 percent at private nonprofit colleges graduated with the same level of debt.

In addition, independent students--those who received no support from their parents--were more likely to have high debt: Nearly one-quarter graduated with at least $30,500 in student loans. The report also found that student debt might be more common among black degree recipients than from those in other racial and ethnic groups.

The New York Times points out that the study does not examine which students were having difficulty repaying their loans. Indeed, the authors of the report note that the high debt levels do not necessarily indicate that borrowers would automatically default on loans. Nevertheless, the study argues that students who graduate with high debt are particularly vulnerable to financial troubles in the future, particularly those who take out private loans rather than the less-expensive federal ones.

"You could argue that some students with $5,000 of debt are in trouble if they can't pay their rent," said Steele in an interview quoted in Inside Higher Ed. "But we really wanted to answer the question, 'Who the heck are these people that are in the top category of borrowing?' to try to shift the policy conversation to those who are really susceptible to financial trouble."

"Who Borrows Most? Bachelor's Degree Recipients with High Levels of Student Debt," College Board, April 2010, Sandy Baum and Patricia Steele