Many Eliminated Jobs Are Gone For Good 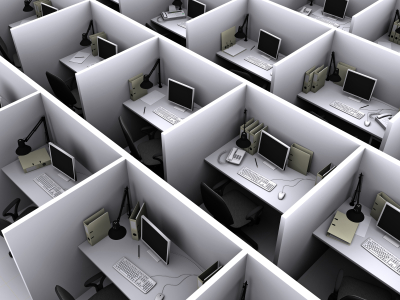 Even though job growth is on the rise, many economists are soberly predicting that some positions will simply never return.

The Associated Press reports that according to March survey by Duke University and CFO magazine, more than a third of chief financial officers at 620 large firms said that they did not expect payrolls to return to pre-recession levels for at least three years. John Graham, a finance professor at Duke who ran the survey, explained that companies have adjusted to managing with less staff.

The AP notes that many jobs are unlikely to return in three industries in particular: retail, manufacturing and advertising. According to Labor Department data, retailers shed 1.2 million jobs since before the recession, manufacturing lost 2.1 million jobs, and 65,000 jobs were lost in advertising and PR agencies.

The Labor Department also reports that more than half of the 15.3 million people who lost their jobs expect their layoffs to be permanent--the highest proportion on record since 1967, notes the AP. In previous recessions, many layoffs were temporary until businesses started to recover.

The New York Times reports on the same grim phenomenon, and explains that the recession has essentially rendered many professions obsolete. While many of these jobs--such as file clerks, ticket agents and autoworkers--would have eventually phased out because of technological advances and international trade, the recession quickly brought them to an abrupt end.

"Millions of workers who have already been unemployed for months, if not years, will most likely remain that way even as the overall job market continues to improve, economists say," notes the Times. "The occupations they worked in, and the skills they currently possess, are never coming back in style. And the demand for new types of skills moves a lot more quickly than workers--especially older and less mobile workers--are able to retrain and gain those skills."

The Times notes that the White House has chosen to focus more on stronger economic growth and does not consider structural unemployment to be the major problem. Nevertheless, millions of federal dollars have been allocated for retraining workers, especially in clean technology jobs.

Others have pointed to the high duration of unemployment as an indication of the lack of demand for skilled workers in particular fields. Daniel Indiviglio writes in The Atlantic that according to the latest data from the Bureau of Labor Statistics, 46 percent of unemployed Americans have been jobless for at least 27 weeks--the highest percentage since 1948.

"The reason for this high duration is likely due to the structural unemployment caused by some industries undergoing significant changes during this recession," he writes, pointing to construction and real estate in particular. "This long duration for the unemployed is a serious problem on many levels."

"In Job Market Shift, Some Workers Are Left Behind," The New York Times, May 12, 2010, Catherine Rampell

"Unemployment Duration Even More Alarming in April," The Atlantic, May 7, 2010, Daniel Indiviglio