Many Students and Families Missed Out on Higher Education Tax Benefits 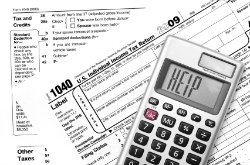 Doesn't every parent or college student want to maximize their deductions on their taxes so that they have more in their pocket? Turns out that may not be the case, according to a report released Monday by the U.S. Government Accountability Office.

Some 1.5 million taxpayers in 2009 missed out on opportunities to take advantage of higher education deductions for which they were eligible, reports The Chronicle of Higher Education. That comes to a total of $726 million in potential savings or about $466 on average for students and their families. Business Insider reports that the amount of overall savings missed out on was even higher -- a total of $793 million.

In all, it means that 14 percent of 11 million eligible taxpayers missed out on credits or deductions. These include the American Opportunity Credit, the Lifetime Learning Credit, and tax deductions related to tuition and fees as well as interest on student loans.

The American Opportunity Credit, or AOC, is a re-name of the Hope Scholarship credit, and allows claims related to tuition, some fees and course materials expended during the first four years of a higher education pursuit. The AOC is a tax credit of up to $2,500, with 40 percent of that being refundable according to the IRS.

The Lifetime Learning Credit is a nonrefundable $2,000 tax credit given for tuition and other higher education expenses at the undergraduate or graduate level. Restrictions, such as modified adjusted gross income above a specific amount, do apply. However, this credit is available for an unlimited number of years.

Part of the difficulty, according to the GAO, is that some people who applied for tax education benefits did so incorrectly. U.S. News & World Report indicates that some 40 percent of those who took a tuition deduction in 2009 could have saved more if they had opted for the Lifetime Learning Credit instead. This means they paid an average of $284 more than they needed to, according to the Chronicle.

Given that so many people failed to take advantage of tax credits, the GAO is recommending that the IRS and U.S. Department of Education develop a strategy to make sure taxpayers are informed about options. The GAO indicates that these kinds of issues began as far back as 2005.

The Burlington Free Press, however, indicates that many of those missing out on tax credits and deductions may be those who don't truly need them.

"The American Opportunity Tax Credit, for example, up to $2,500 for four years, can go to families earning up to $180,000 a year," wrote Tim Johnson. "GAO reports that 'a majority' of the benefits under the AOTC went to families with incomes under $60,000. That wasn't the case for the tuition and fees deductions -- most of those benefits went to families with higher incomes. Now we learn that many of those families apparently aren't taking advantage."