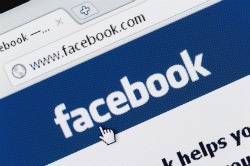 Mark Zuckerberg returned to his alma mater earlier this week to recruit students to work for his social network site Facebook.

Zuckerberg, 27, and two senior officials from Facebook fielded a variety of questions from students in an evening recruiting session in the school's Farkas Hall, according to Harvard Magazine. Some of the questions were about his time spent at Harvard while others were about Facebook and issues of privacy and cyber-bullying.

"Everyone is very smitten with Mark and are quite proud of his origins at Harvard and in particular in the computer-science department," David Malan, a Harvard senior lecturer in computer science, was quoted in Harvard Magazine as saying. "Simply by being him and accomplishing what he has, he has gotten innumerable students excited about computer science," he said.

Zuckerberg said he wanted to visit the two schools because both campuses have a lot of smart people who will be making decisions about where they want to work when they graduate, noted Harvard Magazine. It was also reported that Zuckerberg was on a recruiting mission for engineers.

According to Time, students at MIT were chosen through a lottery process that sampled most heavily from students majoring in computer science and electrical engineering. The same occurred at Harvard, where preference for the 200 tickets was given to students with computer science or engineering backgrounds, according to Harvard Magazine.

Although Zuckerberg's visit was a recruiting event, many students were inspired by the young entrepreneur.

"Most of the day we spend on Facebook, so we have to meet the guy who's connected us with the rest of the world," said Harvard student Parul Kapoor, in the Boston Herald. "He inspires the rest of us Harvard students to come up with and found something maybe as big and interesting as Facebook one day."

"I'm really interested in software and technology and Facebook is everywhere," she said. "It affects so many people in the world, and it's grown so quickly. It would be cool to have a role in developing that technology."

According to Harvard Magazine, Zuckerberg is scheduled to speak at Carnegie Mellon next Tuesday.