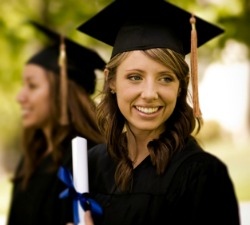 Married moms who graduated from top-tier universities work fewer hours than their peers with degrees from less competitive schools, a new study showed. After having children, many either never return to their jobs or only work part-time, according to Research News @ Vanderbilt.

"Even though elite graduates are more likely to earn advanced degrees, marry at later ages and have higher expected earnings, they are still opting out of full-time work at much higher rates than other graduates, especially if they have children," said Joni Hersch, a professor of economics and law at Vanderbilt University.

Hersch disclosed that about 68 percent of married moms with degrees from highly competitive universities like Harvard and Princeton worked, compared to 76 percent of married moms from less selective colleges. Her report, "Opting Out among Women with Elite Education," is based on the 2003 National Survey of College Graduates by the U.S. Census Bureau, with a specific focus on married moms between ages 21 and 54 with children under age 18.

Married moms from elite schools also work full-time less frequently than their peers who attended less selective schools, according to this study. Life Inc. noted that about 45 percent of married mothers with a bachelor's degree from an elite school worked full-time, versus 57 percent of married mothers who are graduates of non-elite schools. Fewer women with children worked, in general, but the difference between the numbers of employed women with and without children was larger for elite graduates.

Why are these female graduates of selective universities leaving the workforce? A general consensus, although not proven, is that women are forced out of their jobs due to employer inflexibility around accommodations for raising a family, the New York Daily News reported Hersch as saying.

Having a master's degree in business could also be significant. Married mothers with an MBA along with a bachelor's from an elite school were 30 percentage points less likely to work full-time (35 percent employment rate) than were graduates of less selective schools (66 percent employment rate). Catherine Wolfram, associate professor at the University of California, Berkeley's Haas School of Business, told Life Inc. that women with MBAs may be most qualified for the fields of business and finance, which offer less flexibility for part-time work or family accommodations.

According to Life Inc., one potential reason for opting out is that graduates from selective universities can afford not to work, as they're more likely to be married to men with higher earnings potential. Another possible explanation is that students who attend elite institutions have more career flexiblity and options post graduation, and thus feel less pressure to stay consistently employed.

"I was surprised by how many stories I was hearing about women who got their law degrees from a top five law school but were not working as lawyers," she told the Daily News. "They were stay-at-home moms and not planning to return to work."