Massachusetts Schools Prohibit Teachers And Students From Being Friends On Facebook 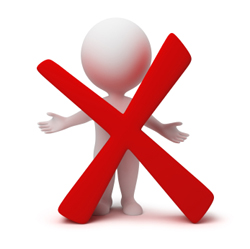 The Norton School Committee in Norton, Massachusetts passed a policy on Monday that prohibits teachers from becoming Facebook friends with current and former students.

According to The Boston Globe, under the policy, which was proposed by public schools superintendent Patricia Ansay, teachers are encouraged to contact students via the school's electronic email system only. The Boston Herald reported that the statewide policy also suggests guidelines to avoid inappropriate use of social networking sites. Those guidelines include not being friends with students on sites such as Facebook; not giving out cell phone numbers to students; and not posting inappropriate photos or comments, such as sexual content or drugs and alcohol, on websites.

Ansay told The Boston Globe in an e-mail, "There was no incident that prompted this policy. It is an effort to keep our staff members and students safe while using new technologies, especially in light of recent incidents in other communities [and] states." Just weeks ago, three educators from New York City high schools were fired for inappropriate interactions with students via Facebook. Tom Golota, a school board member, added, "If nothing else, you don't want it to look like favoritism, by being friends with some students but not others."

Many argued that the policy is an infringement of teachers' freedom of speech and privacy, reported the Boston Herald. "It's inappropriate for anyone to tell a teacher that they can't have a picture of themselves drinking or smoking--I don't consider that anybody's business," said June Talvitie-Siple, former supervisor and science teacher at Cohasset High who was forced to resign after making comments about students and residents on Facebook.

Chris Ott, communications director for the American Civil Liberties Union of Massachusetts, agreed. He told The Boston Globe, "Teachers and students have private conversations all the time. It's not clear why electronic conversations are different."

Students, however, seem to appreciate being able to contact teachers more easily via social networking sites. Radio Boston reported that students at Match Charter High School said they actually preferred communicating with teachers through Facebook and that online student-teacher friendships can be beneficial. In fact, some students said the social media site is the best--and sometimes the only--way to get in touch with teachers.

The Internet has blurred the lines between personal and private, leaving many wondering where and how do educators draw the line between teacher and friend. Paul Toner, president of the Massachusetts Teachers Association told The Boston Globe, "Generally, we don't like flat dictums. But I think it's good advice for teachers to maintain professional boundaries."

According to the Boston Herald, schools in Foxborough, Cohasset and Kingston are considering similar measures. The Norton School Committee is currently reviewing their policy to amend and clarify language to ensure that it does not invade teacher privacy.