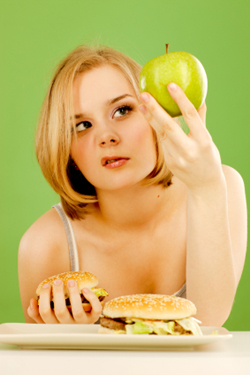 In an effort to raise nutritional awareness, Bowdoin College started "Meatless Monday", where campus dining facilities took meat off the dinner menu and opted for completely vegetarian dishes. While some students felt the night was a success, many were offended by the move and staged impromptu protests.

According to Inside Higher Ed, Meatless Monday was a concept that originated at Johns Hopkins University's School of Public Health. Kathryn Shaw, a senior and co-president of the Bowdoin College Democrats, spearheaded the effort to bring the concept to Bowdoin.

"The goal of the event is to promote awareness of individuals' meat consumption and highlight the fact that, at Bowdoin at least, students can get perfectly nutritious meals that do not include meat," explained Shaw to Bowdoin Campus News.

Shaw worked with various campus organizations and athletic teams to put together the first Meatless Monday menu on February 21, an event that was supposed to highlight the health and environmental benefits of eating less meat. However, as The Bowdoin Orient reported, many students did not appreciate being told what to eat.

Sam Landis and Sean Healey were two students who did not appreciate Meatless Monday. The pair sold cheeseburgers to raise money for the Coastal Humane Society, in protest of the event.

"Our objection to 'Meatless Monday' was not so much about the lack of meat or the encouragement of environmental conscientiousness (which we support) but the shallow and inconsiderate manner in which it was carried out," wrote Landis in an email to The Bowdoin Orient. "Raising awareness for a cause is one thing, but to have a vocal minority impose its will onto the rest of us and then attempt to stifle dissent is outrageous."

Doug Johnston, who helped organize a barbecue outside one dining facility agreed. Johnston told Inside Higher Ed, "I think taking away the option to moderately eat meat from those who are aware of the issues--it upset me, that they decided I shouldn't have access to meat on Monday, denying the option to eat meat even moderately." Johnston also criticized the campaign for being completely meat-free since the idea was to promote a more balanced diet. The event did, however, have plenty of meat alternatives that were high-protein such as eggs, beans, tofu and grains, noted Bowdoin Campus News.

When asked about the reaction to Meatless Monday, Shaw told Inside Higher Ed, "It frustrated me that students weren't willing to try it. Because you missed the table--whether you were supportive of not--and missed the opportunity to try the protein-filled vegetarian options that were offered, and we missed out on a conversation. It was certainly their choice though."