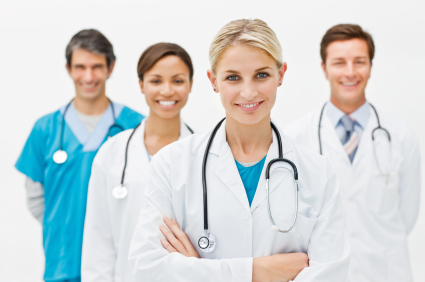 In the first American program of its kind, Texas Tech University Health Sciences Center School of Medicine announced that it will offer a three-year medical degree in primary-care medicine.

"This is a program of national importance as we work to ensure that all Americans will have access to a primary-care physician," said Dr. Steven Berk, dean of TTUHSC SOM, in a

Much like the three-year college degrees that are becoming increasingly popular, the accelerated medical program promises to cut education costs significantly for medical students. The program, combined with a one-year scholarship for participants, will allow qualifying students to complete their medical training with approximately half the debt. The program is also aimed at addressing the shortage of primary-care physicians by encouraging more students to specialize in the field.

A Washington Post article published last June noted that the Obama administration was concerned that 70 percent of physicians today work in higher-paid specialties. The primary-care physician shortage is likely to get worse now that universal health care coverage is on the verge of being accepted.

"We need to rethink the cost of medical education and do more to reward medical students who choose a career as a primary-care physician," Obama said in a speech to the American Medical Association last year.

The Texas Tech program appears to have taken the president's recommendations to heart. Inside Higher Ed points out that the three-year option could be a significant step towards both alleviating the primary-care shortage and reducing the costs of medical education. In addition, it could very well raise questions about the fourth year for medical degrees.

"I think Texas Tech has challenged some assumptions and I think it's good to challenge them," said John Prescott, chief academic officer for the Association of American Medical Colleges, who was quoted in Inside Higher Ed. "Others are going to be watching."

Berk told Inside Higher Ed that the three-year program is doable because the fourth year of medical school typically focuses on electives in various medical specialties, which are not necessarily crucial for those who wish to go into primary care. Additionally, he said the emphasis on specialized electives during the four year "absolutely" draws students away from primary care.

"We're not going to solve the problem [of the primary-care physician shortage] nationally at Texas Tech," noted Berk in Inside Higher Ed. "But if other medical schools look at this and try the same thing, this could make a difference."