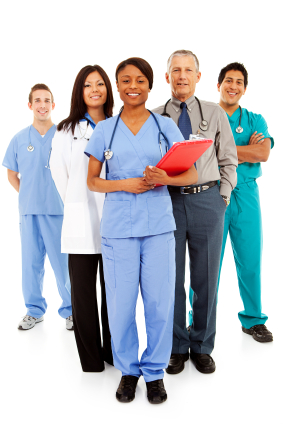 Medical schools are placing an emphasis on recruiting students from varied ethnic and racial backgrounds.

The Washington Post reports that according to the Web site of the Association of American Medical Colleges, whites make up almost 61 percent of the nation's 77,722 medical students, while Asians comprise 22 percent. Only 7 percent are African American, and about 8 percent are Hispanic.

But diversity is good for medical schools--and for doctors: The Post notes that a study published in the Journal of the American Medical Association found that diversity in medical schools helps prepare doctors to interact with patients of all backgrounds.

At least two universities--Stanford University and the University of California San Francisco--have managed to increase the number of underrepresented in groups in their medical schools. A recent study of the two schools identified several key ways to increase diversity in the nation's medical schools, including making diversity part of the strategic plans of the institution, providing mentors to support students, and involving more leaders to help increase diversity in the physician workforce.

"Diversity of the physician workforce bears directly on people's access to care, and the quality and outcomes of care, in addition to impacting future benefits of research to the health of diverse populations," said Dr. Phillip R. Lee, chancellor emeritus at UCSF and professor of social medicine emeritus at its medical school, in a news release. "Unless we act on multiple levels to reduce racial, ethnic and other disparities from kindergarten through college, we will not be able to continue to increase diversity in our medical schools. And we risk losing generations of young physicians to meet the health needs of an increasingly diverse nation and state."

Meanwhile, the Post reports that some medical schools are trying to attract students even prior to college. George Washington University's medical school, for example, began a month-long program last summer for underrepresented minorities and disadvantaged students graduating from high school, which provides exposure to healthcare jobs. This year, 16 graduating seniors will participate in the program. All will receive a $1,000 stipend for participating and a $4,800 scholarship to help pay for college.

"Our goal is to let them see the kinds of opportunities they can have," said Yolanda Haywood, a GWU physician who heads the program, who was quoted by the Post.