Men Fill Jobs While Women Head Back To School 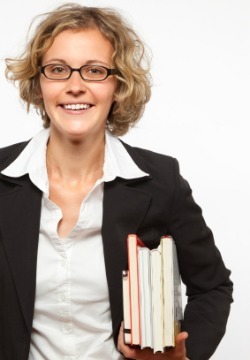 As the economy recovers, two significant trends are playing out in the workforce: The vast majority of new jobs in the private sector are being filled by men, while more young women than ever are dropping out of the workforce to get more education.

As USA Today reported, men are claiming more than two-thirds of jobs created in the private sector. A large part of that growth is being driven by many more men taking jobs in retail, an industry traditionally employed mostly by women: In the past 12 months, retailers have hired 216,900 men--far more than the 9,000 women who were hired during that time.

"It's a testament to how difficult the job market is," noted Ryan Sweet, an economist with Moody's Analytics, who was quoted by USA Today. "Men are taking jobs you wouldn't think they would."

An analysis of data from the Bureau of Labor Statistics by the Pew Research Center confirmed that men have gained far more jobs than women in the past few years. As UPI reported, the private research group found that men gained 768,000 jobs from June 2009 through May 2011, while women lost 218,000 jobs during that same time. As a result, the unemployment rate for women rose by 0.2 percentage points to 8.5 percent, while it fell by 1.1 percentage points for men to 9.5 percent.

The reason why men are being employed at a much higher rate is still unclear, although Sweet told USA Today that the expiration of unemployment benefits could very well be a factor. Men, he said, are now deciding whether to drop out of the labor force or to "take anything" that they can.

Stephanie Coontz, co-chairwoman of the Council on Contemporary Families, gave another explanation however: "Education and healthcare jobs are now getting cut, and those are the jobs that have traditionally employed females," she told USA Today.

A recent article in The New York Times offered yet another perspective: Many women are dropping out of the workforce to upgrade their skills. As a result, for the first time in three decades, more young women are now in school than in the workforce.

"The jobs out there just aren't very good, and men seem more willing to take them for whatever reason," noted Jonathan L. Willis, an economist at the Federal Reserve Bank of Kansas City who was interviewed by the Times. "The women are looking at those same jobs and saying, 'I'll be more productive elsewhere.'"

The Times further noted that economists predict that as a result, the next generation of women may have a significant educational advantage over men.