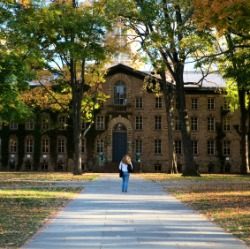 Bacterial meningitis kills about 10 percent of its victims, reports Bloomberg, which translates to an estimated 170,000 deaths a year worldwide. Of those who survive, as many as 20 percent suffer from lifelong challenges, like brain damage, hearing loss and learning disabilities. Now the disease is taking its toll on a prestigious U.S. college campus, prompting the Centers for Disease Control and Prevention to take unprecedented measures to curb its spread.

Seven students and Princeton University have contracted the potentially deadly meningitis infection since March, reports NBC News, with the last case reported as recently as last weekend. The news has prompted the CDC to import emergency doses of a meningitis vaccine not yet approved in the U.S. The current standard U.S. vaccine -- which is widely recommended for college-age Americans -- does not cover the meningitis B strain identified in at least five of the Princeton cases. The vaccine to be imported from Europe and Australia does. The CDC has never approved an emergency inoculation import before, but Dr. Thomas Clark, acting head of the CDC's meningitis and vaccine preventable diseases branch, said this is a unique situation.

"If you're a student at Princeton University right now, your risk [of contracting meningitis] is quite high," Clark told NBC News."This is a bad disease and we know how devastating it is. A lot of us had a gut feeling that there would be more cases and we should get the ball rolling."

Princeton has not yet announced a plan for vaccinating its nearly 8,000 undergraduate and graduate students. Martin Mbugua, Princeton's director of media relations, told NBC News that the institution is considering the situation very carefully, and would discuss it with its trustees before making any announcement.

Dr. Meg Fisher, medical director for the Unterberg Children's Hospital at Monmouth Medical Center in Long Branch and an infectious disease specialist, told the New Jersey-based Star-Ledger that she was pleased with the CDC's "unique and unusual" approach to dealing with the outbreak, but she worries the new vaccine may not be enough.

"The only concern is that there are different serogroup b strains in different parts of the world so it is not a given that the European or Australian vaccine will be effective against the Princeton strain," said Fisher, who confirmed that the outbreak has reached epidemic proportions. "It is certainly worth a try."

Bloomberg reports that investigators have yet to find a common link between the Princeton infections. At least five of the seven strains are identical. One case is similar to the others, but it is too early to say whether it's an exact match. The last case is still being tested. Bacterial meningitis can spread more quickly in close quarters like college campuses. It is transmitted through respiratory and throat secretions and close contact and is marked by an inflammation in the thin lining surrounding the brain and spinal cord. Common symptoms including stiff neck, high fever, sensitivity to light, confusion, headaches and vomiting.