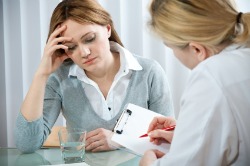 Mental health concerns are mounting at college campuses across the country, as counselors struggle to accommodate growing numbers of students in need of psychological aid, according to a survey by the American College Health Association (ACHC).

Forty-six percent of college students reported feeling "things were hopeless" at least once in the past 12 months, while almost a third had been so depressed that it was difficult to function, according to the 2009 ACHC survey cited in The New York Times. In addition, of the 133 suicides reported in the ACHC's survey of 320 institutions last year, less than 20 had actually sought counseling on campus.

Though only 6.2 percent of students reported having seriously considered suicide during the past year, 80 percent responded feeling emotionally exhausted, 56 percent said they were lonely, 60 percent were extremely sad and 48 percent anxious, the Dallas Health Examiner noted.

Christine Berrettini, executive director of Minding Your Mind, a nonprofit organization that aims to raise awareness about mental health issues, describes afflictions like anxiety and depression as "brain diseases," The Philadelphia Inquirer reported.

"Scientists are finding more biological markers for these disorders," said Berrettini. "These are real diseases, and there are effective treatments."

The results are especially worrisome considering the fact that budget cuts and economic pressures have strained the resources of counseling offices and mental health providers in college communities, according to the Dallas Health Examiner.

An episode at Stony Brook University sheds light on the growing psychiatric burden that counselors are addressing at college campuses, The New York Times reported. Towards the end of the semester, a freshman who had been struggling academically at the university posted suicidal thoughts on Facebook. An alarmed student told staff members in the dorm, who called Jenny Hwang, the director of counseling at the university, who contacted campus police. Officers then escorted the student to the county psychiatric hospital.

There were two more incidents that weekend, including a student who became concerned that a friend with a prescription for Xanax, an anti-anxiety drug, had overdosed intentionally.

The series of incidents at Stony Brook is not an uncommon occurrence for college counselors. National surveys show that almost half of the students who visit counseling centers are dealing with serious mental illness, more than double the rate than a decade ago.

"It's so different from how people might stereotype the concept of college counseling, or back in the '70s students coming in with existential crises: who am I?" said Hwang, who has lobbied for programs to train students and staff members to intervene to prevent suicide. "Now they're bringing in life stories involving extensive trauma, a history of serious mental illness, eating disorders, self-injury, alcohol and other drug use."

Given the daunting number of students in need of psychiatric help, some health centers have time only to "treat students for a crisis, bandaging them up and sending them out," said Denise Hayes, the president of the Association for University and College Counseling Center Directors and the director of counseling at the Claremont Colleges in California.

"It's very stressful for the counselors," she said. "It doesn't feel like why you got into college counseling."