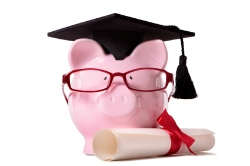 Michigan Democrats are looking at a new way to make public college affordable -- by offering free tuition to state residents who attended Michigan public schools from kindergarten to twelfth grade.

Introduced as the Michigan 2020 Plan, the proposal looks at providing free tuition to high school graduates at any of the state's community colleges and universities. The proposal, which was introduced last week, would provide students with annual grants roughly equivalent to the median annual tuition rate at all of the state's 15 schools combined, approximately $9,500 a year, according to The State News.

Democrats are declaring that this program would cost the state nothing since the funding would come from elimination of some $3.5 billion in tax credits and loopholes given out in the state, according to ThinkProgress. The state currently distributes some $34 billion annually in tax cuts, with the Democratic plan purporting to eliminate just a portion. However, that portion should cover the cost of the tuition proposal that is estimated at $1.8 billion, according to ThinkProgress.

The proposal comes as part of an effort to re-focus on education in the state particularly after funding for postsecondary education has been cut and tuition costs have been on the rise, noted The Huffington Post.

University of Michigan President Mary Sue Coleman recently wrote to President Obama, insisting that "We absolutely must find ways to provide a college education at a cost that is sustainable," reported The Huffington Post.

Democrats seem to want to bring about a shift in priorities in the state after Republican Governor Rick Snyder spent his first year in office allegedly cutting taxes for corporations and the high-income, ThinkProgress reported.

"Study after study after study has emphasized the importance of a highly educated workforce in the economic vitality of any state in the 21st century," Whitmer was quoted in ThinkProgress as saying.

She also called for businesses benefiting from tax breaks to defend those exemptions before the Legislature, The State News reported.

However, passage of the Michigan 2020 plan could be difficult as both the state House and Senate are currently-Republican controlled.

"What is clear is that there are an awful lot of students who rack up additional debt," Republican State Senator John Proos told The State News. "But the reality is that any program, such as the one that's been proposed by my Democratic colleagues, costs a significant amount of money."