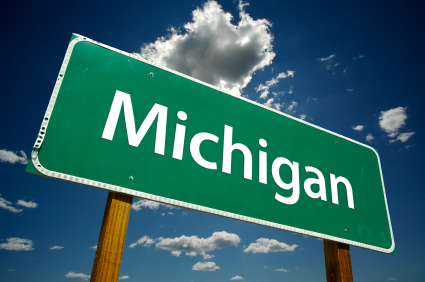 Recent developments in Michigan underscore efforts being made to encourage graduates to seek jobs in the area, despite the state's record unemployment levels.

The Detroit Free Press reports that Gov. Jennifer Granholm's new budget proposal would revive the Michigan Promise Scholarship--but with a catch: Instead of a maximum $4,000 to help cover the cost of college tuition, eligible college graduates would receive a $4,000 refundable tax credit after working in Michigan for at least a year.

Not everyone was happy with the proposal. "If it's a scholarship, that implies that you're giving money to students as they're going to school, and it's to help them pay for their tuition," said Val Meyers, associate director of financial aid at Michigan State University, who was quoted by the Detroit News. "A tax credit means they have to pay up front, finish the degree, and then work a year in Michigan, and then they'd get the money. If the students were counting on this to pay for school they may be very disappointed. This is really not a scholarship anymore."

Students also criticized the plan, saying that not enough jobs exist in the state. "The majority of students I talk to have absolutely no plans to stay in Michigan after they graduate," noted Justin Malcolm, an MSU sophomore quoted in the Detroit News. "Some may stay here for the first year just to get the scholarship, but after that they'll leave."

Convincing new graduates to seek employment in the state has becoming a serious concern. Experts note that more young people--particularly those between ages 25 and 34--are leaving Michigan to look for jobs elsewhere. To address the problem, Michigan employers have begun to work with colleges to help make more internships available.

But a new program announced at Lansing Community College may help offer encouragement to those who are skeptical about securing employment in the area. The school will be offering an extraordinary money-back-guarantee: Students unable to find a job within a year of graduating from certain training programs will be eligible to receive a refund.

"Many people are discouraged in job seeking," explained LCC President Brent Knight, who was quoted in the Lansing State Journal. "Why spend money, take time to learn when you may not get a job?"

The offer will apply to non-credit training programs for pharmacy technicians, customer service call center workers, certified quality inspectors and home technology integration technicians. Students must agree to sign a contract, attend classes, complete assigned work, participate in a job readiness workshop, and make a sincere effort to find a job. Those unable to secure employment within a year will have their money refunded.