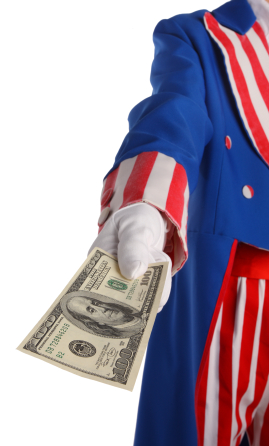 Following a public outcry, a career education program for military spouses that was abruptly suspended will be restored.

The My Career Advancement Accounts--called MyCAA--which was made available by the Department of Defense, was halted last month after a spike in applications threatened to exhaust the program's budget. The program grants $6,000 to military spouses towards university tuition, career training or professional certification. After applicants responded angrily to the sudden cancellation, DoD announced that the program will resume on March 13 for the more than 136,000 spouses who have already established an account.

"We made a commitment to our military spouses when they established a career advancement account, and we will be true to our promises," said Tommy T. Thomas, deputy undersecretary of defense for the Pentagon's office of military community and family policy, who was quoted by the American Forces Press Service. "We sincerely apologize to our military spouses for the added burden caused by the pause in operation."

The program's abrupt cancellation generated outcries from military spouses and lawmakers alike. "It is simply unacceptable that enrollees and Congress were given no prior notice about suspension of benefits," wrote Sen. Kay Hagan (D-N.C.), in a letter to Defense Secretary Robert Gates, which was quoted in Politico.

Military spouses swiftly responded by creating a Facebook page, "Take Action Against MyCAA Shutdown," and by contacting legislators and the media.

"Let's face it," said Melissa Warren, a Marine wife who was left scrambling to pay for a master's program at American Military University who was interviewed in Raleigh, North Carolina's News & Observer, "On a military educator's budget, that money isn't going to magically appear."

While many are pleased that the program has been reinstated, the next hurdle will be making sure others can apply for the same benefits. Hagan, who is a member of the Senate Armed Services Committee, has pledged her support. She hopes to include the money in a supplemental spending bill that could be passed this spring.

"If we have promised this to people, we have got to follow through with it," she was quoted as saying in the News & Observer. "We've made the commitment."