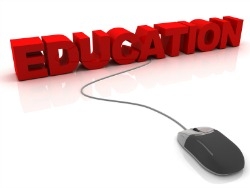 Friday brought good news for colleges and non-profit groups that offer free, not-for-credit courses online: Minnesota has reversed its decision to require students to pay registration fees as doing so would undermine their intended purpose.

The Washington Post reported that the Minnesota Office of Higher Education has changed course on a directive issued last week that would have required universities offering free online classes to demand registration and fees from participating students. The courses are available through groups such as Coursera, a non-profit organization founded by Stanford and Princeton Universities that provides free, non-credit courses to students across the globe online.

According to The Chronicle of Higher Education, the state announced last week that it was cracking down on free online courses from Coursera and similar programs, demanding that schools providing them register with the state and charge the appropriate registration fees. The dozens of universities offering courses through Coursera were violating a 20-year-old Minnesota law requiring universities to get permission from the state first, Director Lawrence Pogemiller explained in a written statement. The regulation was designed to protect consumers from scams.

The Washington Post and Slate reported that the announcement generated a large backlash from the public as it raised questions about the First Amendment and how free, non-credit courses could be scams. As a result, the Minnesota Office of Higher Education announced it had reconsidered its stance and withdrew the requirement on Friday.

"Obviously, our office encourages lifelong learning and wants Minnesotans to take advantage of educational materials available on the Internet, particularly if they're free," said Director Pogemiller, as quoted by Slate. "No Minnesotan should hesitate to take advantage of free, online offerings from Coursera."

Pogemiller noted that when the statute came to fruition, legislators could not have envisioned a time when students could enroll in free, not-for-credit courses online, according to The Washington Post. "When the legislature convenes in January, my intent is to work with the Governor and Legislature to appropriately update the statute to meet modern-day circumstances," he said in The Washington Post. "Until that time, I see no reason for our office to require registration of free, not-for-credit offerings."

Coursera applauded the decision. "Assuming their position is consistent with our understanding of the statement issued, then we are very pleased and grateful that the state of Minnesota has had the opportunity to re-evaluate the statute and reconsider its relevance to this very new situation," Daphne Koller, co-founder of Coursera, wrote in an email to The Chronicle. "Their new interpretation will allow all students from the state of Minnesota to have full, unrestricted access to some of the best courses from the best universities, for free."

The case may not be closed indefinitely, however: Pogemiller cautioned The Chronicle of Higher Education that the Office of Higher Education may re-evaluate its decision in the future, especially if Coursera ever decides to charge students or award credit for its courses.

"In Victory for Common Sense, Minnesota Will Allow Free Online Courses After All," slate.com, October 19, 2012, Will Oremus