MIT Sloan School of Management Accepted Too Many B-School Students 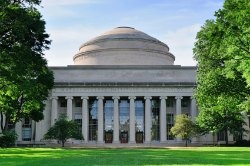 MIT's Sloan School of Management found itself in a bind late this summer after it enrolled too many students in its full-time MBA program. According to The Wall Street Journal, the school had to use financial incentives to entice some students to defer until next year.

Of the 4,133 MBA applications that the school received, more than 10 percent enrolled, which resulted in a surplus of students. At first, Sloan offered guaranteed enrollment to the first 20 students who volunteered to defer for a year. After realizing that not enough students would willingly defer, the school offered a $15,000 scholarship applicable to next year's tuition. Most students still refused the offer, forcing Sloan to raise the scholarship to $20,000 for the first 10 respondents. Four students accepted. As a result, this year's class started with 413 students -- still higher than the 404 last year.

Business Insider notes that the over-enrollment mistake may not entirely be the school's fault. In the past b-school applicants applied to multiple schools, but now many only apply to the ones (or one) they really want to go to. Sloan, like most other colleges and universities, expected students to change their plans last minute or decide to go to a different school after getting in from a wait list. That was not the case this year, however. At Sloan, a higher-than-expected number of students decided to see things all the way through.

According to The Wall Street Journal, this is not the first year Sloan has overextended its enrollment. Last year, the school also offered financial incentives to students if they deferred their start in the school's master of finance program. Yale also ran into a similar rough patch in 2006 when it offered a 50 percent tuition rebate on students' first year of tuition -- about $21,000 -- if they deferred.

For some, deferring for a year can really throw things off track. One woman told The Wall Street Journal she had quit her job, sold her car and rented an apartment in preparation for Sloan's program.

For other students, however, deferring can open the doors to a world of opportunities. According to U.S. News & World Report, many students value the security of knowing they have been accepted into a program, while still having the time to work and gain real world experience.

"Having the flexibility to try out a career path, knowing you have already been admitted to business school, is a fortunate place to be," explained Stephanie Kaplan, who is part of Harvard Business School's deferral program called 2+2. "It gives you the freedom to take risks, without much risk at all, since the worst thing that happens is that your current venture flops and then you enroll in Harvard Business School."

Furthermore, some argue that deferring can teach students valuable life lessons, which can then be applied to the classroom when instruction begins.

While that may all be true, The Wall Street Journal notes that deferrals would most likely be more attractive in a better economy. As Graham Richmond, co-founder of the admissions consulting firm Clear Admit, explained, taking a year off right now isn't appealing as most students are not able to start a new venture or travel the world.