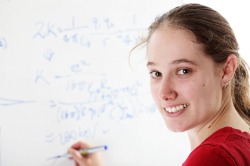 A report released today on the status of female professors at the Massachusetts Institute of Technology shows significant progress since the topic was first studied in 1999, but also found that major problems still exist in terms of gender parity at the institution.

MIT attracted nationwide attention in 1999 with its first evaluation that documented inequities in the hiring and support of female professors in the schools of engineering and science.

Since then, a lot has changed, but there's still a ways to go, according to today's new report, "A Report on the Status of Women Faculty in the Schools of Science and Engineering at MIT, 2011".

According to the report, many of the women who were part of the 1999 report noted many significant changes, such as an "increase in the number of women Science faculty, more equitable resource and salary distribution, and the increase of women in senior administrative positions".

Specifically, big gains were made in staffing over the past decade. The Boston Globe reported that the number of female professors at the School of Science increased from 30 in 1999 to 52. Meanwhile, women faculty at the School of Engineering jumped to 62 from 32. Women now make up 19 percent and 17 percent of the faculty at the respective schools.

Despite these positive findings, however, the report cites "current problems and tensions."

Faculty interviewed for the report say they're concerned that colleagues have the false belief that women are being hired and promoted without meeting the same criteria as men, which can detract from the respect female professors receive.

Also at issue is the loss of research and consultancy time female faculty now have due to committee work.

"Because it has now become all but the rule that every committee must include a woman, and there are still relatively few women on the faculty, female professors say they are losing up to half of their research time, as well as the outside consultancies that earn their male colleagues a lot of money," stated The New York Times.

Another thorny issue: female faculty being continually asked to speak at campus panels about the career-family balancing act. Study participants said they're frustrated that parenthood remains a women's issue, rather than a family one.

"To women in my generation, these residual issues can sound small because we see so much progress," said Nancy H. Hopkins, a molecular biologist who instigated the first report, according to The New York Times. "But they're not small; they still create an unequal playing field for women - not just at universities, and certainly not just at M.I.T. And they're harder to change because they are a reflection of where women stand in society."