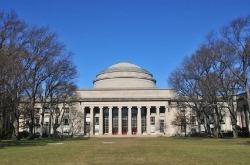 The Massachusetts Institute of Technology will be offering free online courses available to the public, and those who demonstrate mastery of the subjects will be able to earn certificates.

"There are many people who would love to augment their education by having access to MIT content, people who are very capable to earn a certificate from MIT," explained L. Rafael Reif, the school's provost, who was quoted by The New York Times.

MIT has been offering free online education through its OpenCourseWare for the past decade. According to the Associated Press, the school's online courses have been accessed by more than 100 million people throughout the world.

But the new "MITx" online courses are significant because they will award actual credentials to outside students who want them; something rarely seen among elite universities. The courses will be free, but there will be a small charge for those interested in grades and a certificate.

The certificates will not be a regular degree from MIT. Instead, the credential will bear the name of a new not-for-profit entity created within MIT.

Mr. Reif stressed, however, that the new courses are "not an easier version" of MIT courses. "For them to earn a credential," he said, as reported by The Chronicle of Higher Education, "they have to demonstrate mastery of the subject, just like an MIT student does."

The new courses will also give students access to online laboratories, self-assessments and student-to-student discussions. MITx is expected to begin this spring with perhaps just one course, but would eventually expand to include many more.

"The technologies available are much more advanced than when we started OpenCourseWare," noted Anant Agarwal, director of the Computer Science and Artificial Intelligence Lab, who was quoted by the Times. "We can provide pedagogical tools to self-assess, self-pace or create an online learning community."

Officials at other universities viewed the MIT announcement as a positive step. "It seems like a very big deal because the traditional higher education reaction to online programs was, yeah, but it's not a credential," said Richard DeMillo, director of the Center for 21st Century Universities at the Georgia Institute of Technology, who was interviewed by the Times. "So I think MIT offering a credential will make quite a splash. If I were still in industry and someone came in with an MITx credential, I'd take it."

"MIT Will Offer Certificates to Outside Students Who Take Its Online Courses," chronicle.com, December 19, 2011, Marc Parry