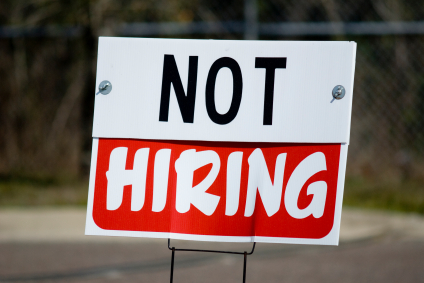 A new report by tax software maker Intuit Inc. indicates that small business hiring has increased slightly within the past eight months. The San Jose Business Journal reports that according to online data from about 50,000 small business employers with fewer than 20 employees, the small business index increased 0.1 percent in February and 0.8 percent in the last eight months. In other words, about 40,000 new jobs were created in February and about 150,000 were created since June.

"Small businesses generally recover faster than larger businesses because they begin hiring sooner than big businesses," said Susan Woodward, an economist who worked with Intuit to create the index. "To see these figures showing a rise in employment at small businesses is very heartening at a time when good news is scarce."

Others are not so optimistic. The Wall Street Journal reports that plenty of small businesses have cut staff and have no plans to return to previous levels.

"The jobs aren't going to come back just because business is better," said Wendy Goldstein, who cut one-fifth of her small company's employees in 2008 and was interviewed by the Journal. "We just cut all the fat."

The Journal provided statistics that countered Intuit's heartening findings: According to payroll company Automatic Data Processing Inc., employment at businesses with fewer than 50 workers dropped by 12,000 in January.

The Journal's assessment seems to support a recent article by the Associated Press [from an article originally located at http://www.google.com/hostednews/ap/article/ALeqM5jLsq8ISFKcfap8FARClkyQeJBTVwD9DSP0IG0] which notes that temporary hiring has increased for the past four months, but companies are reluctant to hire permanently because they still have doubts that the economy will recover.

"I think temporary hiring is less useful a signal than it used to be," said John Silvia, chief economist at Wells Fargo, who was quoted by the AP. "Companies aren't testing the waters by turning to temporary firms. They just want part-time workers."