Mixed Reactions To I-Pads On Campus 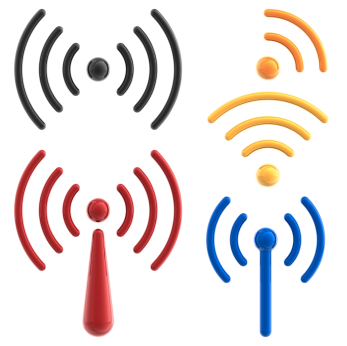 The new Apple iPad is facing obstacles at some colleges while being cautiously welcomed at others.

The Wall Street Journal reports that George Washington University and Princeton University are both experiencing network stability problems with the device. GWU said that its wireless network's security features cannot support the iPad, iPhone or iPod Touch. According to the GW Hatchet, the university will probably not offer iPad access for at least another year. Meanwhile, Princeton announced last week that it had blocked about 20 percent of the devices from its network because they were causing malfunctions that could affect the school's computer system.

Similarly, Cornell University is experiencing networking and connectivity issues with the iPad. In an e-mail that was quoted in the Journal, Cornell's information technology director Steve Schuster said that the school is "working to ensure the iPad does not have devastating consequences to our network." He noted that the iPhone also overwhelmed the network when it first arrived on campus.

The Washington Post reports that even Seton Hill University, which earlier this month announced that every student would receive a free iPad, has had to quadruple its bandwidth as a result. Students are also being charged a $500 technology fee per semester.

Other campuses are embracing or cautiously trying out the new technology. The Chronicle of Higher Education reports that the University of Maryland at College Park's Digital Cultures and Creativity program announced that it will give iPads to incoming students in the program this fall. In addition, North Carolina State University purchased 30 iPads that are being lent to students to try out for four-hour periods.

The Chronicle also reports that Reed College will try out the iPad by loading it with class readings and seeing how students manage with it compared to traditional textbooks. Reed ran a similar experiment when Amazon's Kindle DX came out, which students overwhelmingly rejected.

"We are going to--to the extent that we can--make the iPad study as parallel to the Kindle DX study as possible," said Martin D. Ringle, chief technology officer at Reed College, who was quoted by the Chronicle. "If I were to predict, I would say that the results are going to be dramatically different and much better--and they're going to point the way to what role this technology is going to play in higher education."

"iPad Too Much for Some Campus Networks," The Washington Post, April 19, 2010, Jenna Johnson

"Students, Staff Will Not Be Able to Use GWireless with iPad," The GW Hatchet, April 5, 2010, Neile Sharma