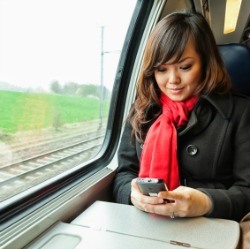 Many American workers are trying to get back into the workplace groove today following a long Memorial Day weekend. Of course, new research suggests that thanks to mobile technology, many of those workers probably remained "plugged in" to the office over the weekend anyway, a trend that could have negative consequences in the long run.

According to NBC News, new research indicates Americans cannot go through three waking hours without working, and 2011 government data suggests that 35 percent of workers work on the weekend, racking up an average of five hours of typically uncompensated labor. Smartphones, which keep workers constantly "plugged in," may contribute: Studies suggest smartphone users on average check their mobile device every six minutes, or about 150 times per day.

"We have created an expectation in society that people will respond immediately to everything with no delay," Tanya Schevitz, spokeswoman for Reboot, an organization created to help people minimize their technology use, told NBC News. "It's unhealthy, and it's unproductive, and we can't keep going on like this."

NBC News reports that a number of studies link excessive smartphone use -- business-related or otherwise -- to depression, higher stress levels and impaired sleep. It may have cognitive consequences, too: According to another NBC News article, a Carnegie Mellon study found that workers who are often interrupted by technology score an average of 20 percent lower on standard cognition tests.

While some experts suggest that technology overdrive among American workers may be driven by a difficult economy that leaves employees feeling pressured to work more to keep their jobs, others contend it is at least partly self-inflicted. Laura Vanderkam, author of the eBook, "What the Most Successful People Do on the Weekends," told NBC News that she believes many workers "have an exaggerated sense of their own importance," and must learn that it is okay to unplug on holidays and weekends. "(The) Earth will still be revolving, whether you have checked your email or not," she said.

Of course, some workers might argue that smartphones make them more productive, and according to The Times of India, new research suggests they might be on to something. A study conducted by Harris Interactive on behalf of ClickSoftware found that smartphone productivity apps -- like those for e-mail or scheduling -- save device users up to 88 minutes a day, or 22 days per year. ClickSoftware Vice President of Mobility Gil Bouhnick said the study "only scratched the surface of (the smartphone's) potential to propel success" in and out of the workplace.

Still, Vanderkam told NBC News that she believes working too much will actually undermine productivity in the long-run and that workers who undertake 50 or 60 hours each week rarely get more done than those who work 40 hours. She advises workers to take regular breaks at work to improve their focus.

"How the smartphone killed the three-day weekend," nbcnews.com, May 24, 2013, Bob Sullivan

"Students can't resist distraction for two minutes… and neither can you," nbcnews.com, May 18, 2013, Bob Sullivan