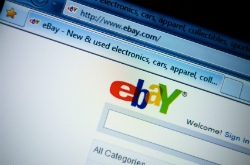 The mother, Tammy Lyn, told CNN Money that she listed the rubber rain boots on eBay to help try and cover the cost of her daughter's first year of college. Her hope was that a Good Samaritan type would agree to the Buy It Now price on eBay and help the family.

"We have lived frugally and have some savings, but like most Americans, it's just not enough to cover college, retirement and life at this point," she is quoted as saying in CNN Money.

The boots are no longer for sale on eBay. It remains to be seen whether Lyn received the $31,000 for the boots, removed the item after receiving some negative comments on the listing page or simply allowed the sale to expire. Prices currently range up to $300 for many of the remaining Missoni for Target boots for sale on the site.

Missoni, an Italian fashion house, released items in its low-price designer collection for Target in mid-September, according to The New York Times. This release caused a buying frenzy in stores as consumers tried to get their hands on items from the fashion house, which typically has products that range from the hundreds to thousands of dollars in cost. The buying frenzy also temporarily caused the Target website to crash. Many stores sold out of Missoni for Target items that day, reported the Times.

"The excitement for this limited-time designer collection is unprecedented," Morgan O'Murray, a spokeswoman for Target, was reported in The New York Times as saying.

Almost immediately, some of those with newly-purchased items began listing them on eBay to see if they could turn a profit. Whether that led to any financial gain remains to be seen as more than 18,000 Missoni for Target items are still posted for sale on eBay. Additionally, while some items are marked as 'out of stock' on the Target website, many others are available for original purchase price through the site.

However, Business Insider reported that Lyn expected her boots to sell.

"All things are possible," she said. "This is a business transaction and a statement about what I believe is truly important."

While Lyn may appear extreme in her attempts to defray college costs, she may be just like many other parents who are worried about how to help with funding. She indicated on eBay that she wanted her daughter to graduate debt-free from college and she told CNN Money that the family had saved, but that rising college costs had left them short.

However, it is true that college costs have been rising, at least in some state college systems. This past summer, for example, regents with the California State University system, voted to increase tuition by 9.6 in the fall to deal with a funding gap created by a decrease in funding from the state coffers.

However, there may be other ways to make up for shortages in colleges funds and at least one comment left on eBay alluded to this, noted GOOD. A user suggested that having Lyn's daughter attend a community college and work might be more practical than selling the pair of boots online.