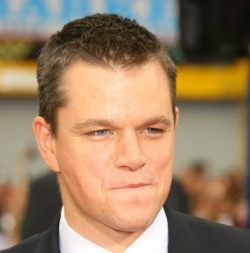 For those following higher education news, the trend toward massive open online courses, or MOOCs, would be difficult to miss. They have generated a great deal of enthusiasm -- and criticism -- from education experts. Are they effective? The Motley Fool reports that MOOCs may have a bit of a retention problem. Students may sign up in droves, but only a fraction of those students stick with the courses, and those that do stay in the course do not necessarily pass. In an effort to attract and retain more students, some MOOC providers are thinking outside the box -- and onto the red carpet.

Slate reports that the MOOC provider EdX is considering hiring big name stars like Matt Damon to head some of its courses. They would not necessarily know much about the courses they were teaching; professors would still design the content and likely answer questions. The star's role would primarily be to attract enrollments and engage students.

"From what I hear, really good actors can actually teach really well," EdX CEO Anant Agarwal told Slate. "So just imagine, maybe we get Matt Damon to teach Thévenin's theorem," he said, which is a concept he covers in his own circuits and electronics MOOC. "I think students would enjoy that more than taking it from Agarwal."

EdX is not the first MOOC provider to consider how camera-ready its course instructors should be. Slate notes that MOOC producer Udacity already features charismatic, but less experienced instructors in its videos, and even interjects scripted jokes into lectures. Professors still do the brunt of the heavy lifting, academically speaking: They design the course and appear on-screen now and again. They just are not featured prominently. Gregory J. Feist, an associate professor of psychology at San Jose University suggests the fact that his Udacity MOOC is presented by one of his recent graduates is not a big deal.

"That's a Udacity decision," said Feist. "They've discovered that it works well if you have these younger people doing most of the instruction, but in fact the content is coming from professors. They wanted someone who students can identify with."

Not everyone is inclined to agree. Daphne Koller, co-founder of another MOOC provider called Coursera, suggested casting stars to lead online courses is more "performance" than "human interaction."

"We are told by many of our students that they feel a real connection to their MOOC instructors, even when they only see them on video, a connection that is further reinforced when there is some interaction in the forum," said Koller, arguing that this connection would diminish if they asked actors to read scripts about content they do not understand.

Whether star-lead MOOCs would actually attract and retain more students remains to be seen, but if Udacity is a case study in the movement's infancy, there may be cause for doubt. In a profile published by FastCompany last week, Udacity founder Sebastian Thrun said he was disheartened by the low number of students that actually complete courses.

"We were on the front pages of newspapers and magazines, and at the same time, I was realizing, we don't educate people as others wished, or as I wished. We have a lousy product," said Thrun. "It was a painful moment."

Thrun said Udacity will be stepping back from its educate-the-world approach and focusing instead on corporate training partnerships and the creation of low-cost degree programs, like the one it recently launched with Georgia Tech.

"Online Education's Depressing Statistics, and What They Mean for the Future of For-Profit," fool.com, Dan Newman, November 19, 2013, http://www.fool.com/investing/general/2013/11/19/online-educations-depressing-statistics-and-what-t.aspx