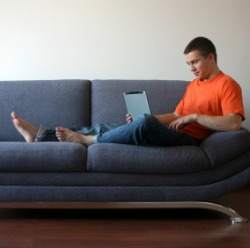 Low completion rates have long been a criticism of massive open online courses, or MOOCs, and a University of California Irvine course on the AMC hit show "The Walking Dead" was no exception. Some schools might consider an abysmal completion rate a failure, but not UC Irvine. In fact, according to OC Weekly, we should expect more pop culture MOOCs soon.

Of the 65,000 people who enrolled in UC Irvine's free online course,"Society, Science, Survival: Lessons from AMC's 'The Walking Dead,'" just 2,203 actually completed it, reports The Huffington Post. Focusing on this low completion rate might miss the point, however, since, according to a representative from Instructure, the private company that made the online tools used in the course, the course's main goal was to prove pop culture could attract new audiences to MOOCs. According to a survey released by the company, it did: Nine out of 10 students said they had never taken an MOOC before. A full 59 percent said they had never even taken an online class before.

"This initiative was an experiment to determine whether a pop-culture MOOC in a multidisciplinary format would create a compelling academic experience. The answer -- an unequivocal 'yes,'" Instructure co-founder Brian Whitmer told OC Weekly. "This different audience provided us with new insights that will shape the way we approach designing and developing MOOCs going forward. "

OC Weekly reports that the overall popularity of the course -- and its staggering enrollment -- are a good indication that UC Irvine and other MOOC providers will host future pop culture courses. This does not necessarily mean such courses serve as a gimmick for boosting MOOC enrollments, however. Whitmer suggested to The Huffington Post that such courses have academic value.

"By acting as a springboard for exploring academic ideas in contemporary media," said Whitmer, "this course illustrates the potential for pop culture to serve as a modern-day literature review."