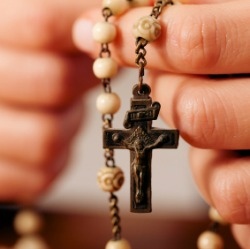 As massive open online courses, or MOOCs, continue to expand across the globe, colleges and universities are taking note. In fact, many schools have already joined forces with top MOOC providers in an effort to expand their own reach or make higher education more attainable. However, one prominent sector of higher education has been reluctant to jump on the MOOC bandwagon, regardless of its popularity. According to the Chronicle of Higher Education, the nearly 250 Roman Catholic colleges and universities in the United States have maintained a watchful eye on MOOC mania from a distance. That was, of course, until Georgetown University broke the trend by partnering with online education platform, edX. And, not everyone is happy about it.

As the Cardinal Newman Society recently noted, Georgetown University is the first Catholic college known to embrace the use of MOOCs. And although the move may have been inevitable, many believe that massive open online courses don't align with the Catholic vision for higher education as a whole. It is often argued that MOOCs cheapen the learning experience by depriving students of the face-to-face attention that they deserve. And recently, Jonathan Malesic, an associate professor of theology at King's College in Wilkes-Barre, Penn., shared his views on MOOCs from a Catholic perspective. In the Chronicle of Higher Education, he stated that "education is a moral enterprise that develops human dignity and promotes social justice," adding that MOOCs actually undermine these goals.

And although Malesic does believe that MOOCs could provide a valuable service to students who suffer from poverty or are unable to attend college courses due to their remote location, he believes that they are being underutilized for that purpose. "Most people taking MOOCs already have degrees; they are not in desperate need of education," he writes. "And while many of the students do come from developing countries, there is evidence that they are not being well served by MOOCs." As an example, Malesic mentioned the fact that more than half of the students who completed a recent computational investing MOOC offered by Georgia Tech were from first-world countries, not developing nations.

Regardless of the pushback, Georgetown University will begin offering their first MOOC this fall, "Globalization's Winners and Losers: Challenges for Developed Countries." And according to In the Capital, the school will open its virtual doors to quite a crowd. In fact, 20,000 students from 150 countries have signed up so far. The global classroom of students will study the state of developing societies, explore the problems they face, and propose possible solutions. They will also examine global trade issues both in developing and in developed worlds, as well as how new trade policies could impact the global economy as a whole.

Georgetown University first announced that they would team up with edX in December of 2012, reportedly hoping to merge technology and education for the greater good. And, even though not everyone is happy with the move, the school and edX appear to share a common cause. "Georgetown, with its distinguished presence around the world including a School of Foreign Service campus in Qatar, shares with edX a global perspective and a mission to expand educational opportunities," said Anant Agarwal, President of edX.