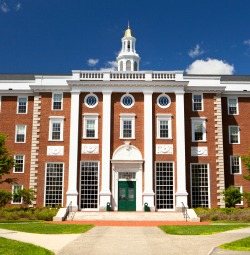 Each year, Moody's, a credit reporting agency, releases an outlook report on higher education. As The New York Times noted, for the past few years, Moody's has not had a positive view of the state of higher education. The agency gave the entire sector a negative outlook in 2009. Even though the rating for elite universities was upgraded to stable for 2011 and 2012, the outlook for the rest of the sector remained negative. Despite a recovering economy, Moody's outlook for 2013 has not improved.

In a recently released report discussed by Inside Higher Ed, Moody's revealed a negative outlook for the higher education sector, largely due to revenue strains on colleges and universities -- even the elite ones. The report stated that external factors, including macro-level economic, technological, and public opinion shifts, caused the decline in revenue. "Macroeconomic conditions and anticipated federal budget reductions have weakened or created considerable uncertainty around the prospect for growth of household income and wealth, philanthropic support, investment returns, state appropriations, and federal funding." The Chronicle of Higher Education noted additional factors contributing to the negative outlook. Among these factors were depressed family income, rising student debt and default rates, and a lack of strong leadership in colleges and universities. An upgrade to a stable outlook, as Inside Higher Ed mentioned, would have to come with improved pricing power, a lower unemployment rate, an improved housing market, and years of strong returns in the stock market.

In order to improve their financial state, institutions must change the way they operate. As Eva Bogarty, assistant vice president for Moody's and author of the report, explained, "Most universities will have to lower their cost structures to achieve long-term financial sustainability and to fund future initiatives." Currently, as The Chronicle of Higher Education revealed, enrollment declines and potential Pell Grant cuts are hurting community colleges, and revenue and enrollment declines are affecting for-profit higher education companies. According to Inside Higher Ed, the report suggested that to help solve their financial problems, colleges should turn to strategic leaders to implement better use of cost-cutting technology, improve operations efficiency, exhibit value, enter new markets, and prioritize programs. The report also recommended embracing online education options: "The rapid evolution and adoption of massive open online courses (MOOCs) signals a fundamental shift in strategy by industry leaders to embrace technological changes that have threatened to destabilize the residential college and university's business model over the long run." Market leaders in higher education -- those that have brand recognition and diverse sources of revenue -- can benefit from MOOCs by implementing course fees and licensing their courses to other institutions. Using technology to increase the number of students per faculty member and thus improve faculty productivity may also lead to long-term efficiencies.

Despite the report's negative rating, there is potential for improvement in the state of higher education. For example, many state governors have pushed for increased higher education funds for the next year. Additionally, Moody's report did not discuss alternative sources of revenue, including partnerships with the private sector, that have garnered success in the past.

The Chronicle of Higher Eduacation added that overall, Moody's analysts expressed that demand for and the value of higher education are still strong. Bogaty stated that though the industry outlook for the next 12 to 18 months isn't positive, "[w]e're not believers that higher ed is in a bubble."