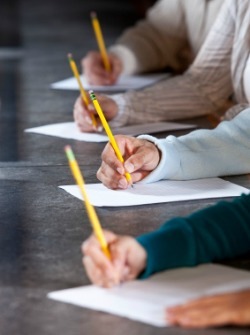 A report released yesterday by Moody's Investors Service presented a mixed outlook for colleges and universities: The report concluded that established institutions with well-managed funds will see more financial stability, while those that depend more on tuition or state money will face challenges in the months ahead.

"Tuition levels are at a tipping point, and the cost of college will be a critical credit factor for universities to manage long-term," the report noted, according to The Chronicle of Higher Education. "We expect that the pace of future net tuition revenue growth, both on a total and a per-student basis, will be much lower than the strong growth experienced over the past 10 years."

The report found that in contrast to recent years, admissions are beginning to decline at both public and private colleges, in part because of increased competition. In addition, demand for some graduate and professional programs such as business and law has dropped, presumably because more students are weighing whether the steep cost of such programs is a worthwhile investment.

As reported by Reuters, Moody's noted that "evolving demand trends for undergraduate and graduate programs highlight flight to quality and affordability."

The report also pointed out that state funding for public institutions has dropped substantially; this year, 35 states plan to cut appropriations for four-year public universities.

The downward trend of state funding has been noted in other research as well. A report released just last week by the National Science Board, for example, found that nearly three-quarters of the nation's top 101 public research universities experienced cuts in state funding between 2002 and 2010. Jose-Marie Griffiths, chairwoman of the National Science Board committee that produced the report, told the Associated Press that the lack of state funding is "quite severe."

Moody's pointed out that small private colleges, in particular, face challenges ahead. Such institutions will not see much growth from their endowments, and will depend heavily on tuition revenue.

"For private colleges and universities that have weaker market positions and are less selective, we are observing clear signs of deterioration of net tuition revenue and growth of tuition discounting," said the report, as noted by Inside Higher Ed.

The report predicted, however, that those institutions "led by experienced management teams with diverse backgrounds and overseen by strong boards will be best placed to navigate through ongoing future challenges."