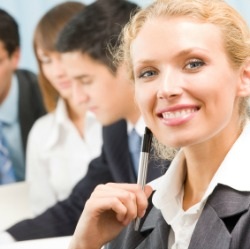 American workers constantly struggle to achieve a happy work-life balance so it is no surprise that more people are turning to independent work and moving away from traditional jobs.

According to MBO Partners' third annual State of Independence in America report, a growing number of Americans are joining the independent workforce as contractors, freelancers, consultants and micropreneurs (entrepreneurs with no more than three employees). The report found that there are now 17.7 million independent workers; that is up 5 percent from 2012 and 10 percent from 2011. The Wall Street Journal reported that MBO Partners CEO Gene Zaino said that he had thought workers would return to traditional jobs as the economy improved, but results from the survey show that is not the case. In fact, based on data from this year's survey, MBO Partners expects the independent workforce to continue growing, reaching a strong 24 million by 2018.

The study also found that these independent workers have a significant impact on the economy. As a press release reported, independent workers generated almost $1.2 trillion in total income in 2013. That figure is up 20 percent from 2012. Moreover, they helped boost the U.S. economy by spending more than $150 billion -- an average of approximately $8,500 per year per individual worker -- on non-payroll/contractor expenses. They even helped create jobs by hiring other independent workers for projects -- over the past year, a little more than a quarter of independent workers spent a total of $96 billion to hire contract workers. That is the equivalent of 2.3 million full-time employees.

"This year's report shows the tremendous economic impact of independent workers, and validates that independence is more than a viable career path; it's a job creation engine," said Zaino in the press release.

The growing number of independent workers is likely the result of a few major factors. Zaino told The Wall Street Journal that more companies have realized that they do not need full-time employees to get things done and as a result are more comfortable turning to freelancers and consultants for help. On the other hand, workers appreciate the flexibility and control of independent work -- 64 percent of independent workers reported that they were highly satisfied with their work situation -- and with fewer obstacles and more networking tools such as LinkedIn, they have greater access to opportunities. Lastly, there are also those who have had to turn to independent work because of factors beyond their control such as company layoffs, medical conditions or relocation.

According to the press release, results were based on two separate online surveys that were conducted in May 2013. Both surveys interviewed more than 2,000 U.S. independent workers, defined as individuals who work at least 15 hours a week in non-traditional, non-permanent full- or part-time employment.

"The State of Independence in America," info.mbopartners.com, September 2013