The number of students seeking counseling at colleges and universities is on the rise. 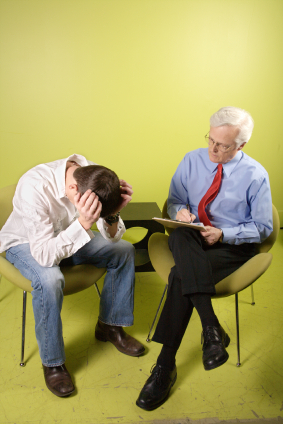 The Pittsburgh Tribune-Review reports that a recent study, conducted by the University of Pittsburgh and the American College Counseling Association, found that about 10 percent of students sought counseling in 2008-9 at colleges taking part in the survey--a total of about 260,000 students. In the previous year, 9 percent of students sought counseling.

"Generally, with the fast-paced society, I think people have more stressors than they did before," explained Terri Bassi-Cook, director of counseling, disability and health services at Seton Hill University in Pennsylvania, who was quoted in the Tribune-Review. "It's a different world than it was even a decade ago. These students have grown up with awareness of the Virginia Tech situation, the 9/11 tragedies, and that has shaped them. I think they feel less of a sense of safety. I think they feel more vulnerable in the world than they did before."

Robert P. Gallagher, who teaches at the University of Pittsburgh and conducted the survey, agreed. He told Inside Higher Ed that students at Pitt seem more stressed. "Not only are they busier," he said, "but they are seeing problems that are more difficult and more demanding." He noted that demand for counseling is so great that students often are placed on waiting lists to schedule sessions.

Mental-health professionals also attributed the rising stress levels on campus to the recession. They noted that in addition to worries about choosing a career and finding a job after graduation, college students now also deal with mounting financial pressures at home.

"Having the job market the way it is, students are pressured to make sure they pick the right (major) to get a job," noted Karen Babyak, a Cal U graduate student who was quoted in the Tribune-Review.

The survey also showed an increase in the number of clients with "severe psychological problems," with more than 93 percent of center directors reporting seeing a rise in such cases. Such "severe" problems include depression, eating disorders, depression and suicidal thoughts.

The survey coincided with a study released earlier this month by San Diego State University which indicated that high school and college students are now facing more stress than ever before. According to the findings, five to eight times as many students showed signs of mental health problems in 2007 compared to those surveyed in 1938.