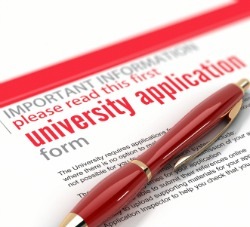 College prep courses, grade point averages and standardized test scores. These requirements have long been the most important factors in the college admissions process, and admissions officers have relied on them for decades to gauge applicants’ abilities and college readiness. As higher education evolves, however, it can only be expected that these measures will too.

According to U.S. News & World Report, many colleges and higher education experts have been pushing for an overhaul of the current admissions process, arguing that grades and tests scores alone are not enough to accurately evaluate an applicant. Some colleges have already taken matters into their own hands by developing noncognitive assessments to measure what they believe are equally important characteristics, such as leadership skills and perseverance.

Jerome A. Lucido, executive director at the University of Southern California Center for Enrollment Research, Policy and Practice, said that he expects college admissions to take on a more holistic approach in the near future.

“We don’t do enough work to understand why one student with a 3.5 GPA was successful and another one wasn’t,” said Lucido, as quoted by U.S. News & World Report. “We’ve ignored this realm because it was more difficult, less understood. Now we’re at a point where noncognitive measures can take their place alongside other things.”

The center recently hosted a conference to discuss the future of college admissions. As The Chronicle of Higher Education pointed out, there are many benefits to using noncognitive assessments. For example, in addition to offering more insight into an applicant, noncognitive measures can also help colleges better understand their student population so that they can more effectively serve students’ needs.

Some education leaders were not entirely on board, however. Pamela T. Horne, associate vice provost for enrollment management and dean of admissions at Purdue University, pointed out that many colleges currently have limited resources. Horne questioned whether now is the time to invest efforts and money in experimental efforts. Furthermore, she wondered how applicants would react to having to deal with more college application requirements.

Leaders went back and forth at the conference, citing and discussing shortcomings as well as successes at various universities that have used or are currently using noncognitive assessments, reported Inside Higher Ed. However, the most important question seemed to be “what constitutes merit?” The lack of both a clear definition and consistency among colleges has only further complicated the process. During the conference, some experts argued that colleges need to do a better job of defining and demonstrating examples of merit.

However, The Chronicle of Higher Education quoted Jon Boeckenstedt, associate vice president for enrollment management at DePaul University, who described the dilemma best: “There is no silver bullet in trying to predict who’s going to do well [in college].”