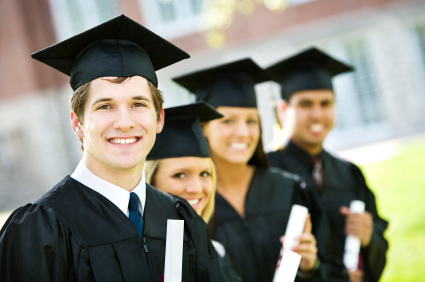 More institutions have introduced three-year bachelor's degree programs in the past year, and the trend is likely to continue as students search for more options to cut higher education costs.

"There's a market out there, particularly since the cost of college has grown so much, noted Richard Vedder, director for the Center for College Affordability and Productivity in Washington, who was quoted in the Philadelphia Inquirer. "It's starting to get on the radar screen."

The idea started picking up steam about a year ago, when Sen. Lamar Alexander of Tennessee recommended at the American Council on Education annual meeting that colleges consider three-year degrees. Later that year, he wrote about the option in a Newsweek article.

"Campuses willing to adopt convenient schedules along with more-focused, less-expensive degrees may find that they have a competitive advantage in attracting bright, motivated students," Alexander wrote.

To be sure, critics have said that most students lack the discipline to complete such a rigorous program. But officials at the University of North Carolina at Greensboro expect that many students will qualify for the school's new "UNCG in 3" program.

"Last year alone, nearly 600 freshmen entered UNCG with transferable college credits," noted Linda Brady, chancellor of the university, who was quoted in the North Carolina News & Record. She added that students in the program could save as much as $8,000 in tuition, fees and room and board.

Similarly, Jerry Greiner, president of Arcadia, noted that students enrolled in the university's new three-year program could save $33,000. He told the Inquirer that the cost benefit was what prompted the school to create the program.

"We really are continuously looking at ways to reduce the cost of what we do," he said.

But Inside Higher Ed points out that cost is only one factor driving the popularity of such programs. "It's clear," said Margaret Drugovich, president of Hartwick College in New York, which began a three-year program last fall, "that students who are very focused and really have some graduate school aspirations are really going to be attracted to this option."