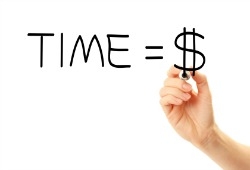 More institutions are offering bachelor's degree programs that can be completed in three years, but many still question whether such programs are realistic.

As reported by USA Today, this past spring, Hartwick College in Oneonta, New York, graduated a dozen students that had completed their degrees in three years. The three-year option will be made available this fall at Wesleyan University in Middletown, Connecticut. In addition, Minnesota State University in Mankato expects to offer such programs in 2013, while Missouri's Office of Economic Development is reviewing grants to offer three-year bachelor's degrees in fields such as healthcare and information technology.

Such programs are appealing because they allow students to earn degrees quickly and at a much lower cost. "I saved a lot of money," said Samantha Hart, a 2012 Hartwick graduate who was interviewed by USA Today, "and I got to do everything that I wanted to."

Still, as Daniel de Vise pointed out in The Washington Post, three-year bachelor's degrees programs have been slow to catch on. He explained that ambitious students often take a second or third major, making graduating in three years unlikely. At public universities, students tend to take even longer than four years to graduate.

USA Today noted that Joe Alutto, provost at Ohio State University, agreed. Alutto said that a three-year degree could be "misdirected for an institution such as ours." He explained to lawmakers last year that students who earn college credit in high school tend to add a minor or second major to their workload rather than graduate early.

Others have questioned whether shorter degree programs allow enough time to properly learn. "It's as if they put students on a conveyer belt and just speed them up and spray them with a fire hose and the students catch what they can," said Marty Bradley, a professor at Southern New Hampshire University, who was quoted by USA today.

In a related article in The Wall Street Journal, Fay Vincent, who has served as a trustee of Fairfield University, Williams College and Carleton College, noted that colleges and universities should consider operating 12 months a year. Such a change, he argued, would shorten the time needed to complete degrees as well as trim tuition costs.

"The adoption of the 12-month school year, along with a longer academic calendar, will be contentious," Vincent wrote, "but the effort to reduce tuition costs has to begin with the demand that the faculty and plant be used more productively."